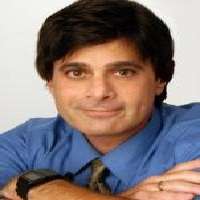 Dr. Evan Y. Snyder earned his M.D. and Ph.D. from the University of Pennsylvania in 1980 as a member of NIH's Medical Scientist Training Program. He had also studied psychology and linguistics at the University of Oxford. After moving to Boston in 1980, he completed residencies in pediatrics and neurology as well as a clinical fellowship in Neonatal-Perinatal Medicine at Children's Hospital-Boston, Harvard Medical School. He also served as Chief Resident in Medicine and Chief Resident in Neurology at Children's Hospital-Boston. In 1989, he became an attending physician in the Department of Pediatrics and Department of Neurology at Children's Hospital-Boston, Harvard Medical School. From 1985-91, concurrent with his clinical activities, he conducted postdoctoral research as a fellow in the Department of Genetics, Harvard Medical School. In 1992, Dr. Snyder was appointed an instructor in neurology at Harvard Medical School and was promoted to assistant professor in 1996. He maintained lab spaces in both Children's Hospital-Boston and at Harvard Institutes of Medicine/Beth-Israel Deaconess Medical Center. In 2003, Dr. Snyder was recruited to Sanford-Burnham Medical Research Institute as Professor and Director of the Program in Stem Cell and Regenerative Biology. He then inaugurated the Stem Cell Research Center and initiated the Southern California Stem Cell Consortium. Dr. Snyder is a Fellow of the American Academy of Pediatrics. He also received training in Philosophy and Linguistics at Oxford University.