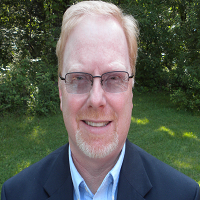 Dr. Eric Wilson received his DDS in 1991 from the University of Missouri at Kansas City. He is a member of the American Dental Association, the Missouri Dental Association (MDA), has served as President of Missouri’s Central Dental Society, and as Chair of the MDA Committee on Dental Education. He is a Diplomate of the American Board of Forensic Odontology and a fellow in the American Academy of Forensic Sciences. He has also served on the Board of Governors, as treasurer, and is now president of the American Society of Forensic Odontology.
He is Chair of the Missouri Emergency Response Identification Team, and has been on the team since its inception in 1996. He has served as a Forensic Odontologist on the Region VII DMORT team since 1998. He has been deployed by DMORT to: NY, NY after 9/11; American Airlines crash in Kirksville, MO in 2003; Hurricane Katrina (New Orleans) in 2005; Hurricane Ike (Lake Charles, LA) in 2008; the Tornado in Joplin, MO in 2011; and Hurricane Maria (San Juan, Puerto Rico) in 2017.
Dr. Wilson is currently working with the Missouri Disaster Response System, and is the lead forensic odontologist. He continues his private forensic practice with the St. Louis City Medical Examiner's Office, the Jackson County Medical Examiner's Office, and Boone County Medical Examiner's Office. He has been appointed to the Mass Fatality Advisory Committee for the state of Missouri and to Congresswoman Vicky Hartzler’s Health Care Advisory Committee.Dr. Wilson maintains a full-time private practice in Cole Camp and Sedalia, Missouri.