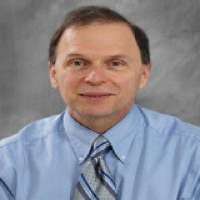 Edward Boyko, MD, MPH, is Professor of Medicine and Adjunct Professor of Epidemiology at the University of Washington and Staff Physician at VA Puget Sound Health Care System in Seattle. He received his BA degree from Columbia University in 1975 and his MD degree from the University of Pittsburgh in 1979. He completed an internal medicine internship and residency at the University of Chicago in 1982, and fellowship training in the Robert Wood Johnson Clinical Scholars Program in Seattle in 1984. He is the founding and former Director of the VA-funded Seattle Epidemiologic Research and Information Center (ERIC). He has held several national positions including Associate Editor of the journals Diabetes Care and the American Journal of Epidemiology; former Chair of the NIH Kidney, Nutrition, Obesity, and Diabetes (KNOD) study section; Chair of the ADA Epidemiology and Statistics Interest Group; Member of the ADA Scientific Sessions Planning Committee; Public Health and Epidemiology Deputy Stream Lead for the 2013 World Diabetes Congress held in Melbourne, Australia; Public Health and Epidemiology Stream Lead for the 2015 World Diabetes Congress held in Vancouver, Canada; and past President of the International Diabetes Epidemiology Group.
Dr Boyko’s research programme focuses on the epidemiology type 2 diabetes and its complications, associated metabolic disorders, and obesity. Dr Boyko’s best-known research was conducted in the Japanese American Community Diabetes Study, a prospective study that followed Japanese-American residents of King County, Washington State for 10 years for the development of diabetes and related conditions. In 2013, he received the Kelly West Award from the American Diabetes Association in recognition of his significant contributions to the field of diabetes epidemiology. In addition to his research interests, he also provides care for a primary care patient panel at VA Puget Sound in Seattle. He has mentored over 50 trainees and junior faculty members over the course of his career. In 2004 he received the University of Washington Medicine Award for Outstanding Mentorship.