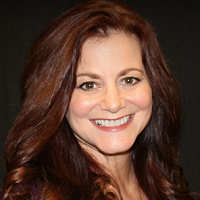 Dawn has been a leader in the bleeding disorders community for many years. As a parent of a son with hemophilia, she founded the Rocky Mountain Hemophilia & Bleeding Disorders Association in Bozeman, Montana, served as its Executive Director, and began their Family Camp. After moving to Pittsburgh, Pennsylvania, Dawn worked for the American Diabetes Association (ADA) as an Area Manager. Concurrently, she served as a board member for the Hemophilia Center of Western Pennsylvania for six years. Dawn left the ADA for a position as the Executive Director of the Western Pennsylvania Chapter of the NHF in Pittsburgh, where she became actively involved with Camp Hot to Clot and eventually became the Director. She holds a Bachelor of Science from Montana State University in Bozeman.