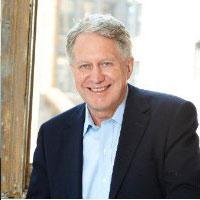 Dr. Barry C. Buckland, Ph.D. has been the Chief Executive Officer of BiologicB LLC since May 2009. Dr. Buckland is a Technical Advisor at Hilleman Laboratories (Joint venture between Wellcome Trust and Merck & Co, Inc). He served as Head of BioProcess Development at Protein Sciences Corporation. Dr. Buckland’s career in the pharmaceutical industry includes his leadership of Merck’s world class bioprocess Research and Development Group which saw the market launch of major biological products, including Gardasil, Rotateq, and Zostavax. Dr. Buckland joined Protein Sciences in 2011 after a 29-year career at Merck Research Laboratories, including 16 years as Vice President of Bioprocess R&D, during which time vaccines were licensed against chicken pox, shingles, HPV, hepatitis A and rotavirus. Dr. Buckland served as Vice President of Merck & Co., USA and Merck & Co. Inc. He is an experienced International expert for the Development of Biologic products with a special focus on vaccines and Therapeutic proteins. He co-founded Enumeral Biomedical Holdings, Inc. in 2009 and serves as its Chairman of The Scientific Advisory Board. He served as Co-Chairman of the Scientfic Advisory Board at Enumeral Biomedical Holdings, Inc. He has been a Director of SynGlyco, Inc. since February 2010 and serves as its Member of Scientific Advisory Board. He serves as a Director of Mucosis BV. Dr. Buckland has been Director of Enumeral Biomedical Holdings, Inc. since July 31, 2014. He serves as Member of Advisory Board at Protein Sciences Corporation. He served as Director Enumeral since December 2009. He serves as Chair and member of Board of Directors at Engineering Conferences International (ECI). He has been Visiting Professor, Dept of Biochemical Engineering at University College London since 1995. He chaired two ECI International Conferences on Cell Culture (Cell Cuture Engeneering IV and V), Co Chaired the first three ECI International Conferences on Metabolic Engineering and Co-Chaired the first three ECI International Conferences on Vaccine Technology. He is the recipient of Prix Galien award as a member of the team that received the Vaccine Award for Gardasil in 2007. Dr. Buckland has received numerous awards recognizing his contributions throughout his career and is a member of the prestigious USA National Academy of Engineering (NAE). He was also recognized by the American Institute of Chemical Engineers as one of the top 100 Chemical Engineers during the past 60 years. Dr. Buckland was elected as Fellow in University College of London in 1998 and member of National Academy of Engineering in 1997. He honoured the Discoverers Award for the development of a vaccine effective against HPV and Cervical Cancer (GARDASIL) by The Pharmaceutical Research and Manufacturers of America (PhRMA) in 2009, named as one of the "One Hundred Chemical Engineers of the Modern Era" as part of the AIChE Centennial celebration in Philadelphia by American Institute of Chemical Engineering (AIChE) in 2008, Marvin Johnson Award for Lifetime Achievement in Biotechnology by American Chemical Society (ACS) in 2008, Award for leading process development for licensure of four new vaccines by Merck & Co, Inc., Board of Directors in 2007 and UK Institute of Chemical Engineering, Donald Medal for outstanding contributions to Biotechnology in 2002. Dr. Buckland has over 70 publications in Peer reviewed journals. Dr. Buckland holds PhD in Biochemical Engineering at University College London, in 1974. He has a B.Sc. in Chemical Engineering from the University of Manchester, UK.