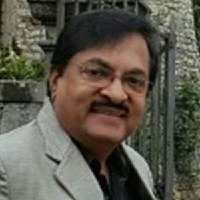 Dr. Bakul Parekh is a well known and accomplished senior Paediatrician who has been practicing for over 35 years in Ghatkopar and is a prominent personality in the Indian Academy of Pediatrics. He has actively participated in the planning and implementation of a number of policies for improved childcare and has keen interest in academics with a multitude of papers and publications to his name. He has played an important role in planning for infectious disease protocols and for the rational use of antibiotics in children.

Bakul Parekh Children’s Hospital (BPCH) was established in the year 1985 with a successful track record of providing the right care at the right time over a period of almost 20 years, after which the hospital was shifted to a bigger location in Ghatkopar in the year 2005, which went on to be among the first fully equipped Paediatric multispecialty hospital with fully equipped NICU and PICU facilities. Since it’s upgradation, the hospital has continued the legacy of providing to the patients a certain level of care that meant more than just cure of illnesses.