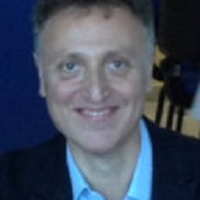 Angelo Quartarone is a consultant neurologist and neurophysiologist at the Dept of Neurology, University of Messina, Italy. He received his MD degree (with honour) at Messina University Medical Centre (1990). In 1994, he obtained his Neurology Specialization in Messina (thesis: “Single fiber electromyography in stroke patients”). He was trained as neurologist in Messina University Medical Centre (1990-1994). He received extra training as movement disorders specialist during fellowships at "Institute of Neurology , Queen Square", London , UK (Prof. David Mardsen and Prof. John Rothwell. In 2003, he founded and became Director of the Motor Control Lab in Messina, which is a fully equipped lab for studying neuroplasticity in healthy motor system and in patients with movement disorders. In 2006, he was appointed as Associate Professor in Rehabilitation and Neurophysiology, with movement disorders and neuroplasticity as special interest.

Since 2008 is adjunct Professor of Neurology at the Langone Medical School. New York University. In 2010 he became Adjunct Professor at City College of New York, Department of Pharmacology and Phsyiology where is currently teaching in the course of Neuroscience.

Since this year, he is the President of The Italian Group for the study of Neuroplasticity and Neuroprotection within the Italian Society of Neurology. Prof. Angelo Quartarone is the founder and organizer of the Workshop of Synaptic Plasticity and international ,a well recognized meeting that merge people from the basic sciences with clinical neuroscientists.

In 2012 is one of the co-founders of a spin-off on Neuroimaging and Neurophysiology within the University of Messina. Since 2012 is the Director of the School of Physiotherapy of the University of Messina, Italy. Prof. Angelo Quartarone has published over 75 peer-reviewed publications and he is an active reviewer of many well recognized neurosciences journals.