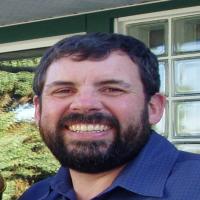 Dr Andrew (Andy) Robertson is the Deputy Chief Health Officer and Director, Disaster Management, Regulation and Planning within the Public Health Division in the Western Australia Department of Health (WA Health). With specialist qualifications in Public Health Medicine and Medical Administration, he served with the Royal Australian Navy from 1984 until 2003, including completing three tours to Iraq as a Biological Weapons Chief Inspector with the United Nations Special Commission in 1996 and 1997.

In October 2003, he took up the position of the Director, Disaster Preparedness and Management in WA Health. In December 2004, he led the Australian Medical Relief team into the Maldives post tsunami, managed WA Health’s response to the 2005 Bali Bombing, led the WA Health team into Indonesia after the Yogyakarta earthquakes in June 2006 and worked as the Radiation Health Adviser to the Australian Embassy after the Fukushima nuclear incident in 2011. Since 2007, he has coordinated the WA Health responses to Cyclone George, the Varanus Island gas explosion, the Ashmore Reef incident, the public health system aspects of the H1N1 2009 pandemic, and the 2011 CHOGM meeting. He remains in the active Reserve as a Navy Captain and is both an AMMA Councillor and Editor-in-Chief of the Journal of Military and Veterans Health.