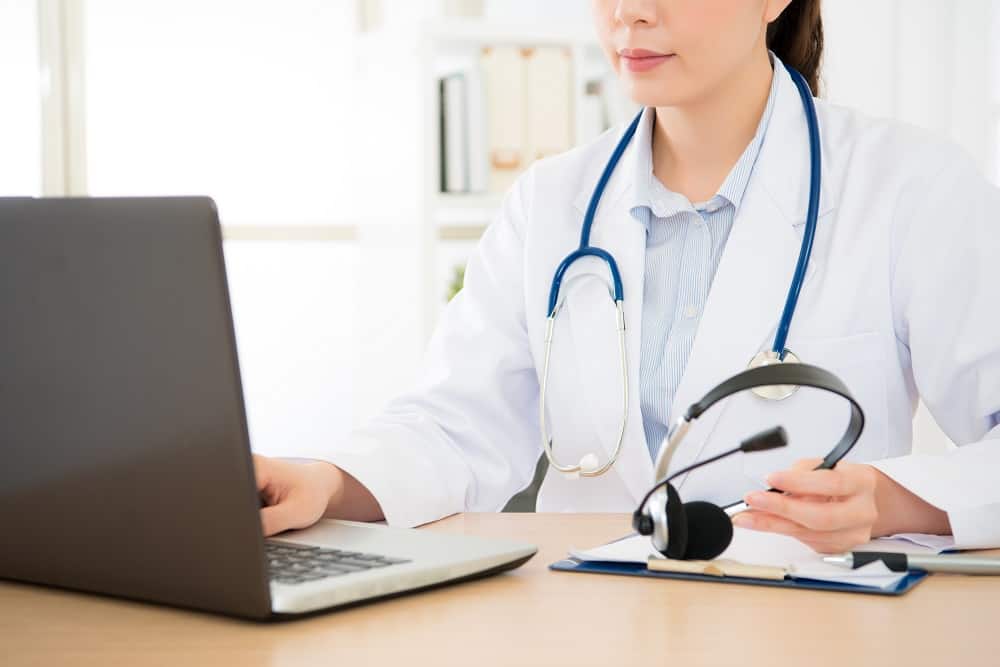 Posted by Kyle Furman and Priya Korrapati on September 17, 2020

As the coronavirus continues to spread rapidly across the U.S., with nearly 7 million confirmed cases thus far, the healthcare industry is seeing a dramatic increase in the use of telemedicine. Millions of Americans are beginning to use telemedicine for the first time, in order to seek a diagnosis for their symptoms from the safety of their home. Telemedicine helps reduce the risk of contracting COVID-19 by allowing patients to communicate with their HCPs electronically, that way to minimalize as much human contact as possible.

Not only has telemedicine made patient’s lives easier but has also became a financial lifeline for struggling doctor's offices. "For independent practices, small mid-size, it's been a tremendous salvation for those who would otherwise have had to say, 'We can't see patients, we've got to close down,'" said Dr. Jay Wolfson, an associate vice president of South Florida Health. Wolfson said the biggest change happened when Medicare and private insurers began covering telehealth appointments. "The rule has always been, as goes Medicare, so goes the rest of the healthcare system.” "It really was a savior for a lot of small practices because they were able to see their patients, provide them with the same kind of clinical services they would otherwise provide and get paid for it." Prior to the COVID-19 pandemic, insurance companies generally only covered telemedicine under special circumstances and for patients living in remote areas.

Studies have even shown that telemedicine can benefit ICU patients by promoting the best practices supported by medical evidence and by reducing complications. During the pandemic, doctors say, it has helped conserve personal protective equipment and reduce workers’ exposure to the virus.

Despite the many benefits of telemedicine federal officials were not as quick to embrace it, unlike patients and many HCPs, due to the concern of the increased cost of insurance, and technology equipment. Officials reasoned that telemedicine would lead to more overall visits with doctors, because of how easily a patient could contact their HCP for a diagnosis.

The surge of telemedicine can be pinpointed to an exact date, March 17, 2020; when Medicare Chief Seema Verma announced at a White House coronavirus briefing, that virtual medication would be promoted in these frantic times. Since March 17th Verma temporarily lifted many federal restrictions on the use of telemedicine, which had been especially scarce in rural areas. Patients have since been checking in with their physicians through numerous methods, including email, telephone, or video chats. The government has even gone as far as to ease the regulations on medical professionals, allowing them more time to focus on their patients. The CARES Act is seen as probably the most critical movement from the government in promoting telemedicine. The CARES Act gave $200 million through the FCC to medical offices, in order to fund new technology and broadband installations.