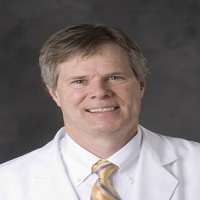 Dr. Allingham has pursued both basic science and clinical research in the subspecialty of glaucoma. His major research interest is the study of genetic eye disorders, primarily the inherited glaucomas. The most common form of glaucoma (primary open-angle glaucoma or POAG) is believed to have a strong genetic component. He leads a large NIH funded study of which is directed at identifying the specific gene(s) responsible for glaucoma. Over 9,000 individuals have been enrolled in the Duke Glaucoma Genetics Project over the past 15 years. He has conducted studies of glaucoma worldwide including Iceland, Africa, Mexico, India, and the Philippines.

Dr. Allingham's research group has identified the genetic location of several new genes associated with glaucoma. By understanding the genetic source of glaucoma it will be possible to develop new diagnostic and treatment approaches for this disease.In addition to genetic causes of glaucoma, Dr. Allingham has been a lead investigator into the role of cerebrospinal fluid pressure (CSF pressure) as a risk factor for glaucoma. CSF is the clear fluid that surrounds the brain and spinal cord. In a study performed by researchers at Duke and the Mayo Clinic, he has reported that CSF pressure is lower in glaucoma patients. This finding has been confirmed in research studies performed in China and elsewhere. Now there is evidence that there may be inherited factors that affect CSF formation. If true this would be another inherited factor that alters risk for glaucoma.