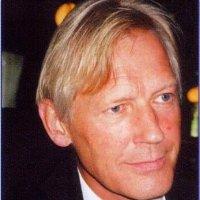 Prof. Wolters is a neurlogist and member of the Dutch Association of Neurology, who served initially (since 1978) at the University of Amsterdam (AMC) and later (from 1984) at the VU University Medical Center in Amsterdam. In 1986 he worked during a year at the Dept. of Neurology at the University of British Columbia in Vancouver where he got a special training in basic neuroscience, related to the field of Movement Disorders. Subsequently, he was directing a clinic for Movement Disorders at the VU-UMC where he was appointed to full professor in 2000.

He also organised various international congresses, among them the first, third and fifth International Congress on Mental Dysfunctions in Parkinsons Disease (Amsterdam), and the 17th (Amsterdam) and 18th (Miami) WFN World Congress on Parkinsonism and Related Disorders.

In 2007 dr Wolters was elected as president of the Research Group of the World Federation of Neurology on Parkinsonism and Related Disorders (the actual WFN Association of Parkinsonism and Related Disorders). He is also a member of the International Scientific Committee of the WFN and the CINP, and a corresponding member of the American Neurological Association.