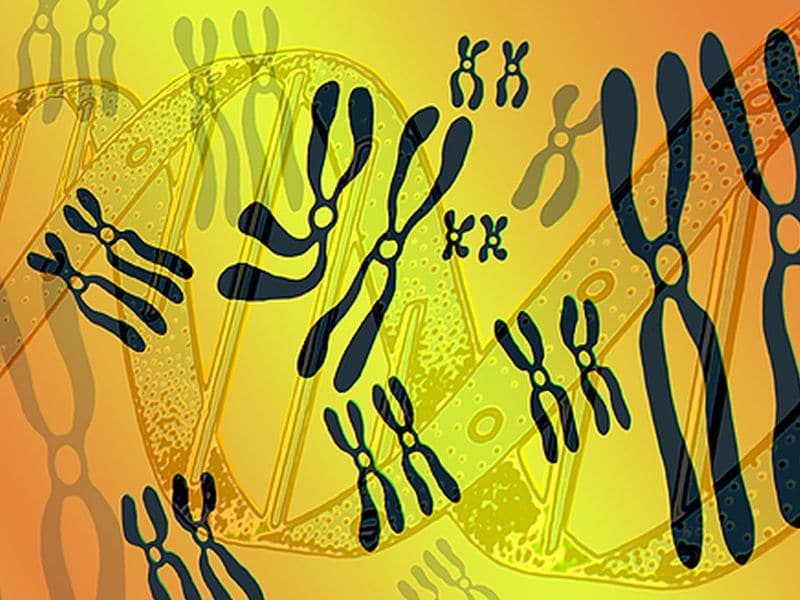 THURSDAY, Sept. 13, 2018 (HealthDay News) -- Patients with chronic obstructive pulmonary disease (COPD) with shorter telomere length have worse health status, according to a study published in the August issue of CHEST.

Minhee Jin, from the University of British Columbia in Vancouver, Canada, and colleagues measured the absolute telomere length of DNA extracted from blood samples of 576 patients with moderate-to-severe COPD treated with azithromycin or placebo for 12 months. Participants were classified into two groups according to absolute telomere length, with the median value as the cutoff. Health status and exacerbations were ascertained during about 13 months of follow-up; mortality was assessed during an additional 29 months.

The researchers found that worse health status, as defined by higher St. George's Respiratory Questionnaire scores, was seen for patients with shorter telomere length (β = −0.09). The rate of exacerbation (rate ratio, 1.50) and risk of mortality (hazard ratio, 9.45) were significantly higher in the shorter versus the longer telomere group in the placebo arm; in the azithromycin arm these differences were not observed.

"These data suggest that replicative senescence may help to predict poor outcomes in COPD," the authors write. "Shorter leukocyte telomere lengths may represent a clinically translatable biomarker for identifying individuals at increased risk of poor clinical outcomes in COPD."