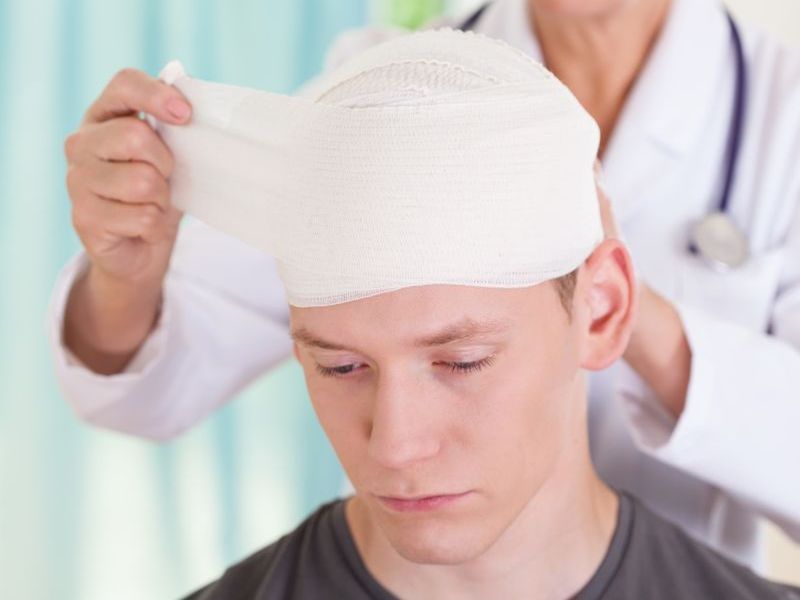 MONDAY, June 25, 2018 (HealthDay News) -- The prevalence of concussion among U.S. high school students related to playing a sport or being physically active is 15.1 percent per year, according to research published in the June 22 issue of the U.S. Centers for Disease Control and Prevention's Morbidity and Mortality Weekly Report.

Lara DePadilla, Ph.D., from the CDC in Atlanta, and colleagues estimated the prevalence of concussion among U.S. high school students related to playing a sport or being physically active. The authors used data from the 2017 national Youth Risk Behavior Survey.

The researchers found that 15.1 percent of students reported having at least one concussion in the 12 months prior to the survey, and 6.0 percent reported at least two concussions. The prevalence of concussion was significantly higher among male versus female students and among those who played on a sports team versus those who did not. The odds of reporting a concussion increased significantly with the number of sports teams on which a student played among all sex, grade, and racial/ethnic subgroups.

"These findings underscore the need to 1) foster a culture of safety in which concussion prevention and management is explicitly addressed; 2) expand efforts to educate students, parents, coaches, and health care providers regarding the risk for concussion; and 3) identify programs, policies, and practices that prevent concussions," the authors write.