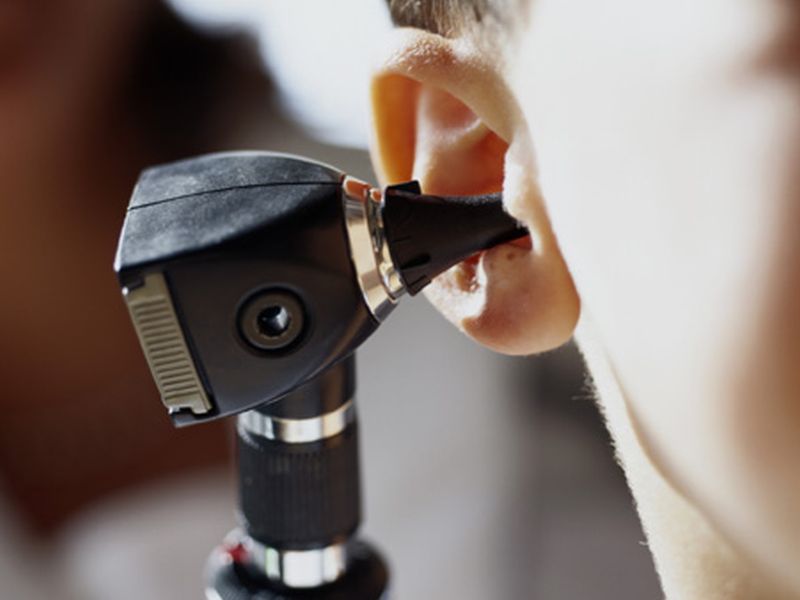 WEDNESDAY, June 27, 2018 (HealthDay News) -- Delayed administration of sodium thiosulfate after cisplatin chemotherapy may prevent treatment-related hearing loss in children with standard-risk hepatoblastoma without affecting survival outcomes, according to a study published online June 21 in the New England Journal of Medicine.

Penelope R. Brock, M.D., Ph.D., from Great Ormond Street Hospital in London, and colleagues randomly assigned children (older than 1 month to younger than 18 years of age) who had standard-risk hepatoblastoma to receive cisplatin alone (n = 52; 80 mg per m2 of body-surface area over six hours) or cisplatin plus sodium thiosulfate (n = 57; 20 g per m2 over a 15-minute period, six hours after the discontinuation of cisplatin) for four preoperative and two postoperative courses. Pure-tone audiometry was used to measure absolute hearing threshold in 101 of the children.

"We found that the delayed administration of sodium thiosulfate resulted in a significantly lower incidence of cisplatin-induced hearing loss, with no evidence of tumor protection," conclude the authors.