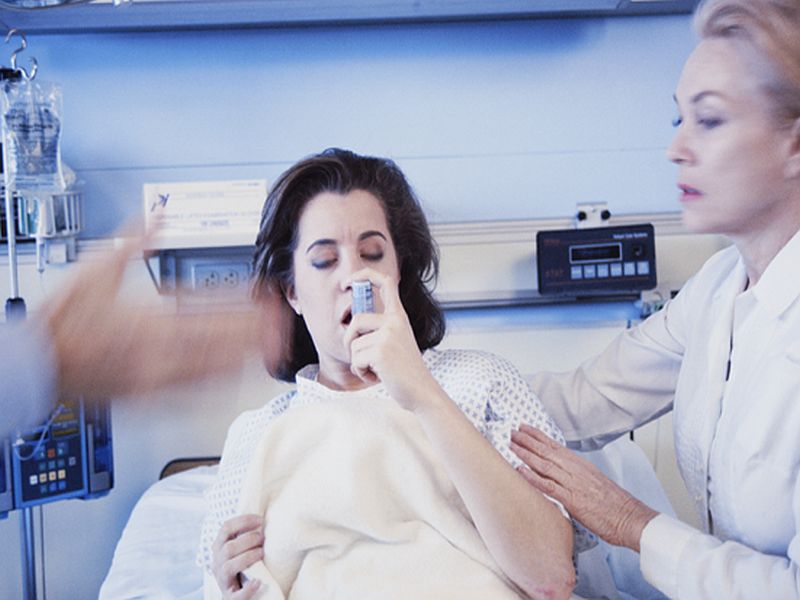 THURSDAY, Sept. 7, 2017 (HealthDay News) -- For patients with uncontrolled asthma despite treatment with long-acting beta-agonists and medium-to-high doses of inhaled glucocorticoids, tezepelumab is associated with a significant reduction in asthma exacerbations, according to a study published online Sept. 6 in the New England Journal of Medicine.

Jonathan Corren, M.D., from the University of California in Los Angeles, and colleagues conducted a phase 2, randomized, double-blind trial comparing subcutaneous tezepelumab at three dose levels with placebo over a 52-week treatment period. The annualized rate of asthma exacerbations at week 52 was measured as the primary end point.

The researchers found that annualized asthma exacerbation rates at week 52 were 0.26, 0.19, and 0.22, respectively, with use of tezepelumab at a dose of 70 mg every four weeks (low dose, 145 patients), 210 mg every four weeks (medium dose, 145 patients), or 280 mg every two weeks (high dose, 146 patients), compared with 0.67 in the placebo group (148 patients). Compared with the placebo group, exacerbation rates were 61, 71, and 66 percent lower, respectively. Regardless of blood eosinophil counts at enrollment, results were similar. All tezepelumab groups had higher prebronchodilator forced expiratory volume in one second at week 52 compared with the placebo group.

"Among patients treated with long-acting beta-agonists and medium-to-high doses of inhaled glucocorticoids, those who received tezepelumab had lower rates of clinically significant asthma exacerbations than those who received placebo," the authors write.

Several authors disclosed financial ties to pharmaceutical companies, including MedImmune (a member of the AstraZeneca group) and Amgen, which funded the study.