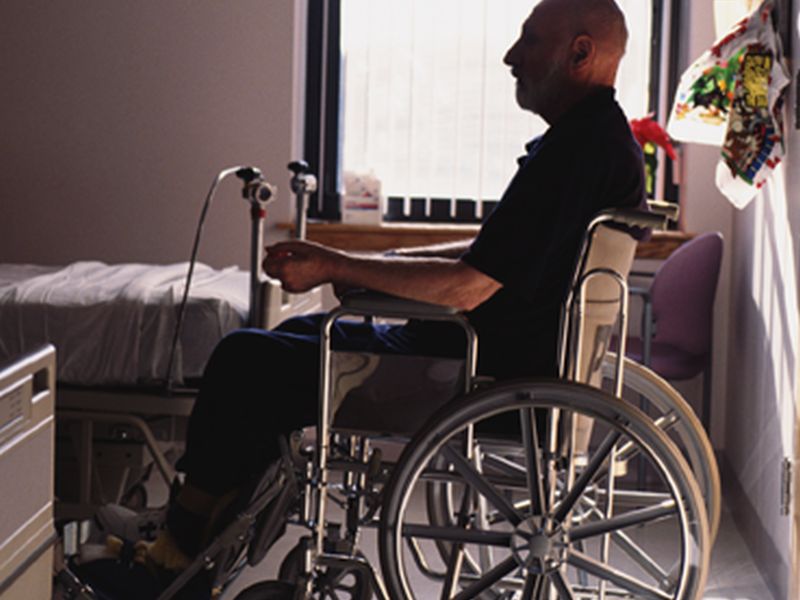 THURSDAY, Jan. 11, 2018 (HealthDay News) -- In patients aged 80 and older with advanced non-small-cell lung cancer (NSCLC), overall survival is improved with concurrent chemoradiation therapy (CRT), but black race and lower-educated census tract are associated with not receiving care, according to a study published online Jan. 8 in Cancer.

Richard J. Cassidy, M.D., from Emory University in Atlanta, and colleagues used data from the National Cancer Data Base to evaluate factors predictive of and the impact on overall survival after CRT in 12,641 patients ≥80 years diagnosed with stage III NSCLC from 2004 to 2013.

The researchers found that 7,921 patients (62.7 percent) received no therapy. Not receiving care was associated with black race (odds ratio [OR], 1.23) and living in a lower-educated census tract (OR, 1.2). In contrast, treatment at an academic center was associated with receiving cancer-directed therapy (OR, 0.8). Worse overall survival was seen among patients receiving no treatment (hazard ratio [HR], 2.69) or definitive radiation alone (HR, 1.15) versus CRT.

"Alarmingly, despite the current study encompassing an entirely insured population, we found that black race and living in a lower-educated county were associated with not receiving therapy," the authors write. "Further efforts to limit health care disparities in these elderly patients needs to be investigated."