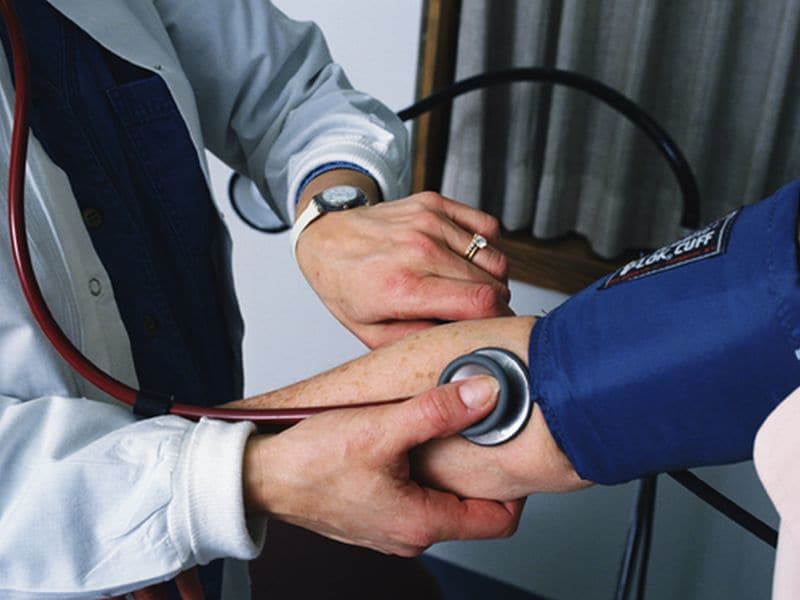 Positive Link for BMI and Blood Pressure in Chinese Population

WEDNESDAY, Aug. 29, 2018 (HealthDay News) -- In a Chinese adult population (ages 35 to 80 years), there is a positive association between body mass index (BMI) and blood pressure (BP), according to a study published online Aug. 17 in JAMA Network Open.

George C. Linderman, from the Yale-New Haven Hospital in Connecticut, and colleagues collected data at one time point from 1.7 million adults from 141 primary health care sites from all 31 provinces in mainland China in a cross-sectional study. More than 22,000 subgroups of individuals were defined based on covariates; within each group, BMI was linearly regressed to BP.

The researchers found that the mean BMI was 24.7 kg/m² and mean systolic and diastolic BP were 136.5 and 81.1 mm Hg, respectively. For 95 percent of the subgroups not taking antihypertensive medication, the increase of BP per unit BMI ranged from 0.8 to 1.7 mm Hg per kg/m². In subgroups of patients taking antihypertensive medication, the association between BMI and BP was considerably weaker than among those who were untreated. In untreated subgroups, there was variation of less than 1 mm Hg per kg/m² in 95 percent of the coefficients.

"The association between BMI and BP is positive across tens of thousands of individuals in population subgroups, and, if causal, given its magnitude, would have significant implications for public health," the authors write.