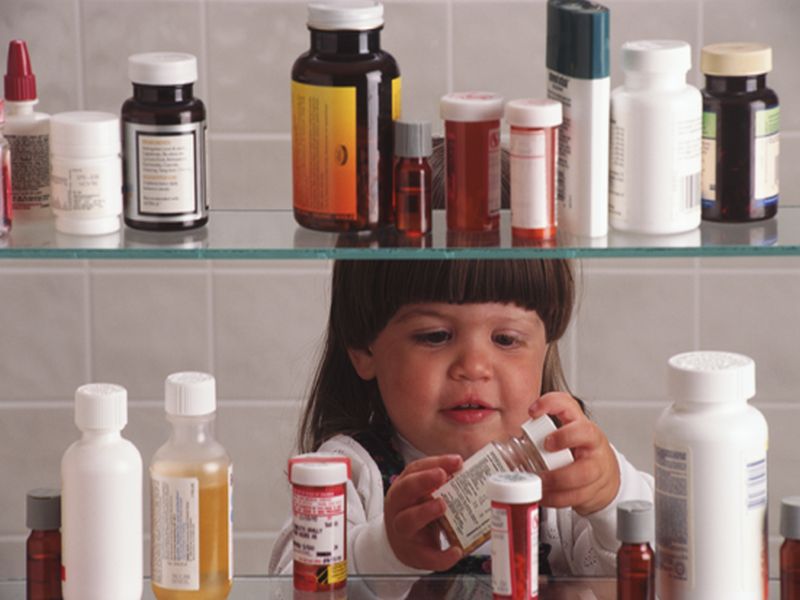 MONDAY, June 25, 2018 (HealthDay News) -- Pediatric exposure to buprenorphine can result in serious adverse outcomes, especially among children aged younger than 6 years, according to a study published online June 25 in Pediatrics.

Sara Post, from The Research Institute at Nationwide Children's Hospital in Columbus, Ohio, and colleagues examined buprenorphine exposures among children and adolescents aged ≤19 years in the United States using data from calls to U.S. poison control centers for 2007 to 2016.

The researchers found that there were reports of 11,275 children and adolescents aged ≤19 years exposed to buprenorphine. Overall, 86.1 percent of exposures were among children aged younger than 6 years; 89.2 percent were unintentional and 97.3 percent were to a single substance. Compared with adolescents aged 13 to 19 years, children younger than 6 years had greater odds of hospital admission and of serious medical outcomes for single-substance exposures. Overall, 11.1 percent of exposures were for adolescents; 77.1 percent of these were intentional, including 12 percent involving suspected suicide, and multiple substances were involved in 27.7 percent. The odds of hospital admission and a serious medical outcome were higher for multiple- versus single-substance exposures among adolescents.

"Buprenorphine is important for the treatment of opioid use disorder, but pediatric exposure can result in serious adverse outcomes," the authors write.

One author has been retained to review and comment on a legal case involving buprenorphine.