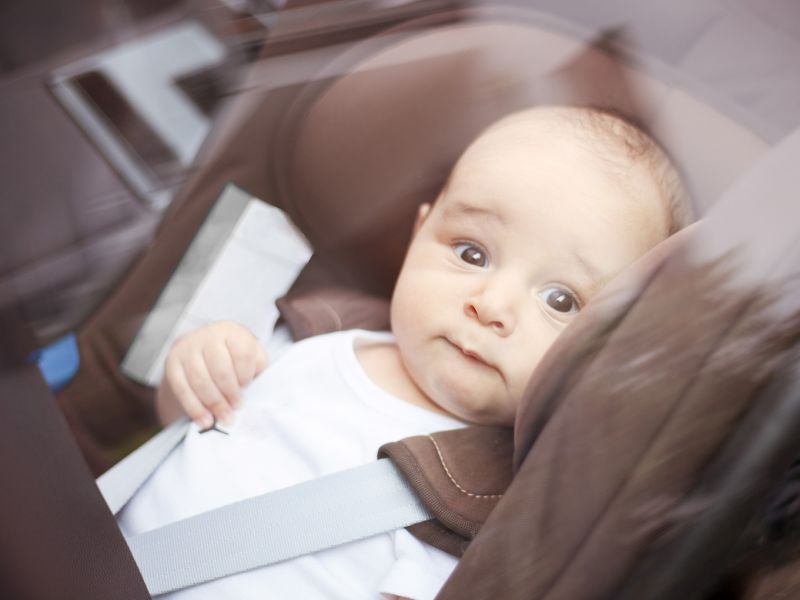 Parents Urged to 'Look Before You Lock' Cars

MONDAY, July 9, 2018 (HealthDay News) -- With 21 confirmed child vehicular heatstroke deaths already recorded this year in the United States, KidsAndCars.org is urging parents to be extra vigilant during changes in routine brought about by summer holidays.

On average, 37 children die in hot cars in the United States every year. In 2017, 43 young children died. These tragic deaths can be prevented, and parents and caregivers are being urged to be extra vigilant during the summer holiday season, which often brings about changes in daily routines.

To protect their children, parents should implement the "Look Before You Lock" safety checklist. Parents and caregivers should make it a routine to open the back door of the car every time they park. In addition, something that they need should be placed in the back seat to remind the driver to open the back door. Child care providers can be asked to call if the child has not arrived as scheduled. A stuffed animal can be kept in the car seat and placed in the front passenger seat as a reminder when the baby is in the car. Vehicles should be kept locked at all times; keys and remotes should not be left within reach of children.

"These children don't have to die," KidsAndCars.org founder and president Janette Fennell said in a statement. "Parents and caregivers have the power to make sure that this doesn't happen to them."