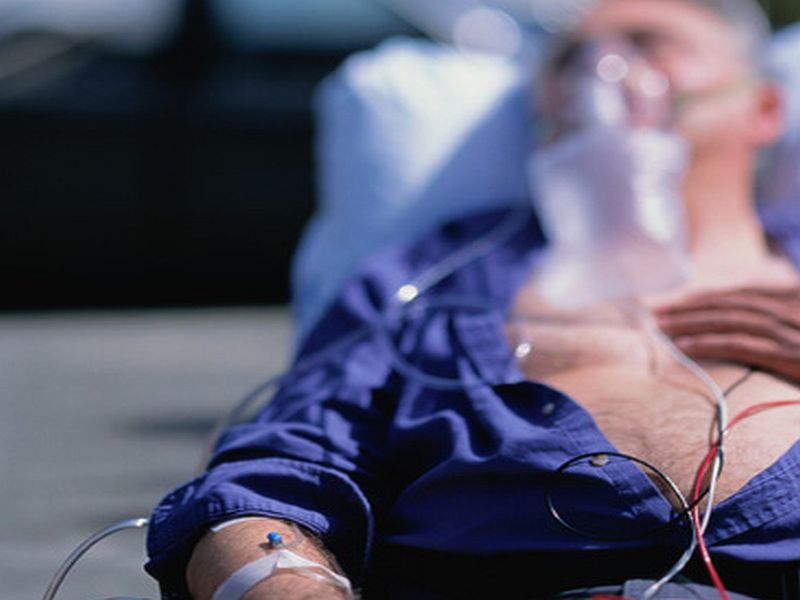 TUESDAY, Aug. 29, 2017 (HealthDay News) -- For patients with suspected acute myocardial infarction without hypoxemia, routine use of supplemental oxygen does not reduce one-year all-cause mortality, according to a study published online Aug. 28 in the New England Journal of Medicine. The research was published to coincide with the European Society of Cardiology Congress 2017, held from Aug. 26 to 30 in Barcelona, Spain.

Robin Hofmann, M.D., from the Karolinska Institutet in Stockholm, and colleagues enrolled 6,629 patients with suspected myocardial infarction and oxygen saturation of 90 percent or higher. Participants were randomized to receive supplemental oxygen or ambient air.

"Routine use of supplemental oxygen in patients with suspected myocardial infarction who did not have hypoxemia was not found to reduce one-year all-cause mortality," the authors write.