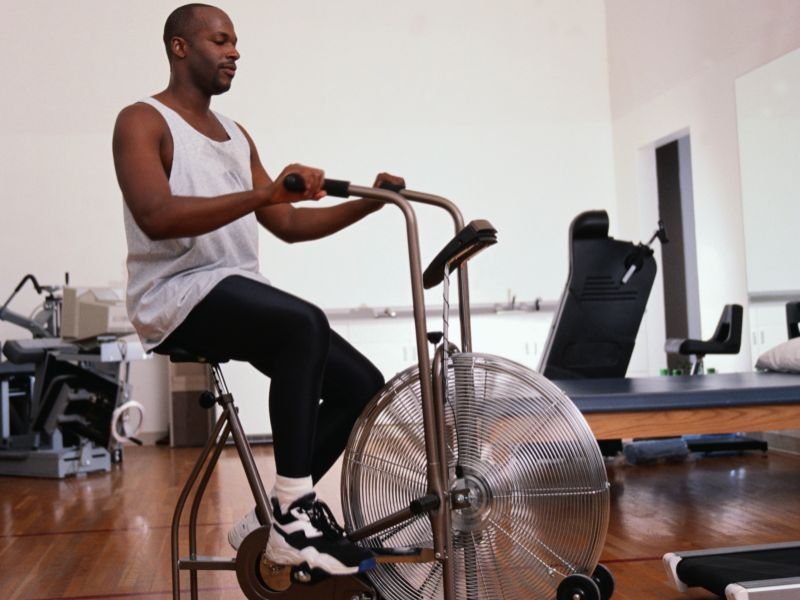 FRIDAY, Aug. 25, 2017 (HealthDay News) -- Only one in three heart attack survivors in the United States attends outpatient cardiac rehabilitation, according to research published in the Aug. 25 issue of the U.S. Centers for Disease Control and Prevention's Morbidity and Mortality Weekly Report.

The report was led by Jing Fang, M.D., of the CDC's division for heart disease and stroke prevention. Fang's team analyzed health survey data from 20 states and the District of Columbia in 2013. They also looked at survey results from four states in 2015.

In 2013, 33.7 percent of 9,490 heart attack survivors entered cardiac rehab after leaving the hospital. Among the four states studied in 2015, that number was only slightly higher -- 35.5 percent, the researchers reported. The team found women, blacks, Hispanics, younger adults, and less-educated patients were more likely to skip the recommended post-discharge treatment. Lack of insurance was also linked to lower odds for cardiac rehabilitation. State-by-state differences were also significant. In Hawaii, just one in five heart attack patients (20.7 percent) entered cardiac rehab in 2013, compared to 68.6 percent of heart patients in Minnesota.

"Health-system interventions to promote cardiac rehab referral and use, supported by access to affordable rehab programs within the community, should be prioritized to improve outcomes and prevent recurrent events," the authors write.