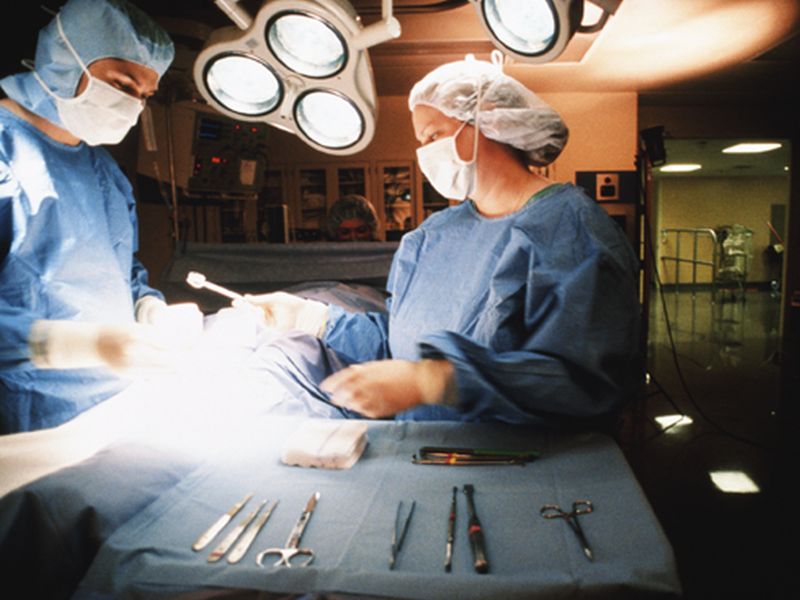 THURSDAY, Aug. 17, 2017 (HealthDay News) -- Five years after coronary-artery bypass grafting (CABG) surgery, patients whose operation was performed with cardiopulmonary bypass (on pump) lived longer than those whose surgeons performed the procedure without cardiopulmonary bypass (off pump), according to a report published in the Aug. 17 issue of the New England Journal of Medicine.

Researchers looked at the five-year outcomes of patients who had CABG as part of the U.S. Veterans Affairs trial of on-pump versus off-pump operations done from February 2002 through June 2007. In this trial, 2,203 patients from 18 VA centers were randomly selected to receive either on-pump or off-pump CABG. They were assessed a year after their operation and then at five years. Specifically, the researchers looked for adverse cardiovascular events, including death from any cause, repeat revascularization, and nonfatal myocardial infarction.

The investigators found that after a year, more patients who had an off-pump operation died or needed new procedures than patients who had on-pump surgery. Five years after surgery, the mortality rate among those in the off-pump group was 15.2 percent, compared with 11.9 percent among those who had on-pump surgery (relative risk, 1.28; 95 percent confidence interval, 1.03 to 1.58; P = 0.02). In addition, more patients who had off-pump surgery had major adverse cardiovascular events than those who had on-pump operations -- 31.0 versus 27.1 percent (relative risk, 1.14; 95 percent confidence interval, 1.00 to 1.30; P = 0.046). No differences were observed for rates of nonfatal myocardial infarction (P = 0.05), death from cardiac causes (P = 0.29), repeat revascularization (P = 0.39), or repeat CABG (P = 0.02).

"In this randomized trial, off-pump CABG led to lower rates of five-year survival and event-free survival than on-pump CABG," the authors write.