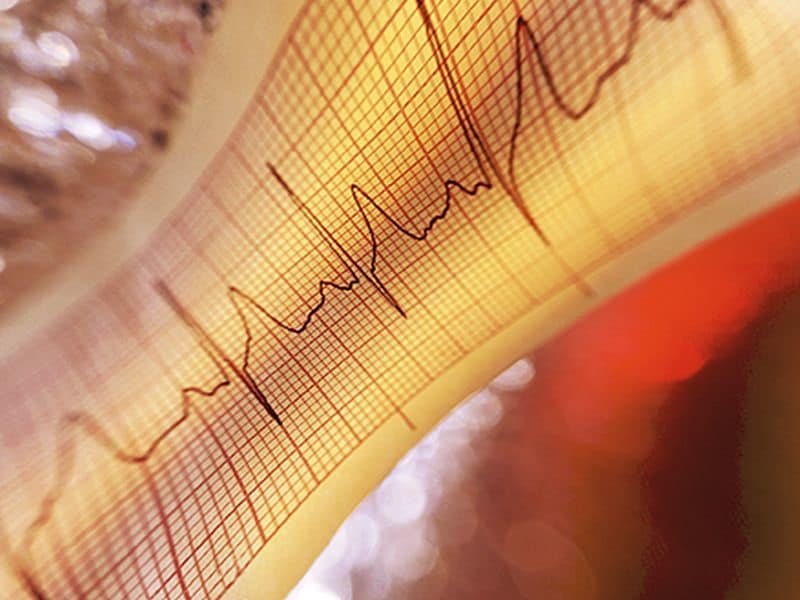 THURSDAY, Sept. 13, 2018 (HealthDay News) -- A score based on the results of three laboratory tests has higher sensitivity and specificity than cardiac troponin alone for stratifying patients presenting with suspected acute coronary syndrome, according to a study published online Aug. 19 in CMAJ, the journal of the Canadian Medical Association.

Peter A. Kavsak, Ph.D., from McMaster University in Hamilton, Canada, and colleagues constructed a clinical chemistry score (CCS; range, 0 to 5 points) based on high-sensitivity cardiac troponin (hs-cTn), glucose level, and estimated glomerular filtration rate test results. The score was validated as a predictor of 30-day myocardial infarction (MI) or death using data from four cohorts involving 4,245 patients who presented to the emergency department with symptoms suggestive of acute coronary syndrome. A total of 17.1 percent of participants had an MI or died within 30 days.

"Adoption of the clinical chemistry score algorithm would standardize reporting of high-sensitivity cardiac troponin test results, how the tests are interpreted in the normal range, and represent an option less susceptible to both analytical and preanalytical errors," Kavsak said in a statement.

Several authors disclosed financial ties to pharmaceutical companies, including Abbott Laboratories and Roche Diagnostics, which provided reagent support for the study. Two authors have a pending patent application on a risk stratification score for patients with possible cardiac injury.