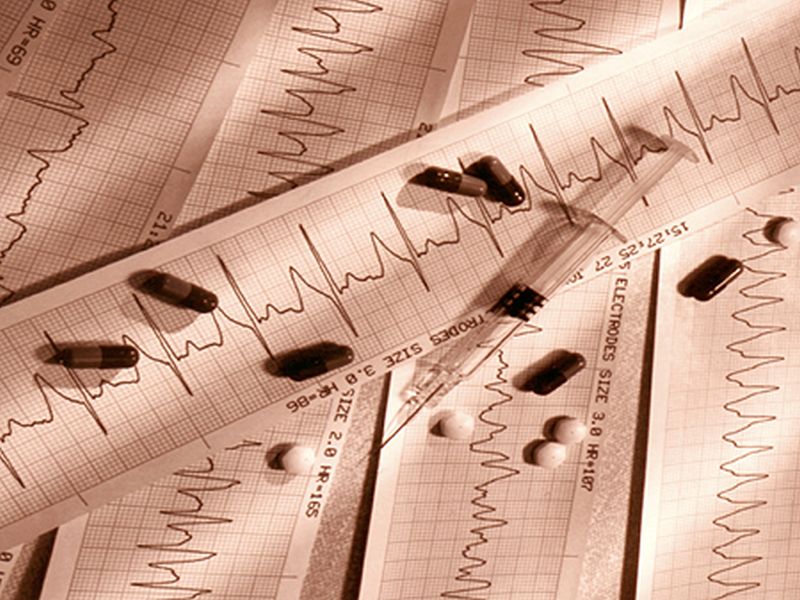 Less Than Half of Seniors With A-Fib Receive Anticoagulants

MONDAY, Aug. 28, 2017 (HealthDay News) -- Less than 45 percent of older adults with atrial fibrillation (AF) admitted to the hospital are prescribed an anticoagulant, according to a study published online Aug. 21 in the Journal of the American Geriatrics Society.

Raymond B. Fohtung, M.D., from Washington University in Saint Louis, and colleagues obtained information on new oral anticoagulants (NOACs) and warfarin prescribed at discharge and examined quarterly trends in their use in a retrospective study involving 6,568 individuals aged 75 years and older with AF admitted to the hospital.

The researchers found that there was an increase in NOAC use over time, warfarin use did not change, and overall anticoagulant use increased. In all age groups, except those aged 90 years and older, there was an increase in NOAC use; the rate of NOAC uptake was attenuated with increasing age. No consistent correlation was seen between age and warfarin or overall anticoagulant use, apart from consistently lower use among individuals aged 90 years or older. Less than 45 percent of participants were prescribed an anticoagulant; the likelihood of receiving NOACs was increased with younger age, white race, female sex, higher hemoglobin, higher creatinine clearance, being on a medical service, hypertension, stroke or transient ischemic attack, no history of intracranial hemorrhage, and a modified HAS-BLED score of less than 3, in multivariable analysis.

"Additional research is needed to optimize prescribing practices for older adults with AF," the authors write.