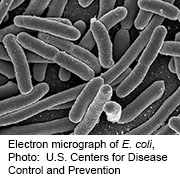 MONDAY, July 16, 2018 (HealthDay News) -- Health officials say they found Escherichia coli in water at a ziplining facility in Tennessee that has been linked to an outbreak affecting at least 500 people.

One visitor to the CLIMB Works Zipline Canopy Tour in Gatlinburg tested positive for both norovirus and enteropathogenic E. coli, while a number of patients who visited the facility since June 15 have tested positive for norovirus, the state's health department said last week.

"At this time we cannot point to one simple cause of this outbreak," John Dunn, D.V.M., Ph.D., deputy state epidemiologist, said in a statement. "Preliminary testing and environmental health assessments indicate the water system at the zipline facility may have contributed to the outbreak; however, there are likely other sources involved in the spread of the illnesses, including contaminated surfaces and person-to-person transmission."

Dunn added that tests revealed fecal contamination in the facility's water system and further testing was being conducted.