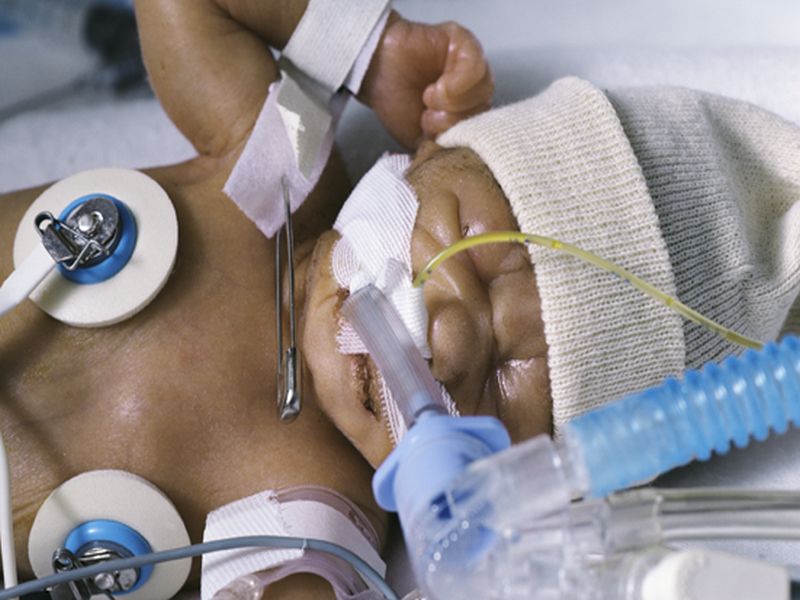 Hypothermia May Help Newborns With Encephalopathy

WEDNESDAY, Oct. 25, 2017 (HealthDay News) -- Hypothermia treatment initiated at six to 24 hours after birth for newborns with hypoxic-ischemic encephalopathy may reduce death or disability, but there is uncertainty about its effectiveness, according to a study published online Oct. 24 in the Journal of the American Medical Association.

The researchers found that the composite outcome of death or moderate to severe disability at 18 to 22 months occurred in 19 of 78 (24.4 percent) hypothermic infants and 22 of 79 (27.9 percent) noncooled infants. Bayesian analysis using a neutral prior indicated a 76 percent posterior probability of reduced death or disability with hypothermia compared with the noncooled group (adjusted posterior risk ratio, 0.86; 95 percent credible interval, 0.58 to 1.29). Further, the probability that death or disability in cooled infants was at least 1 percent, 2 percent, or 3 percent less than in noncooled infants was 71 percent, 64 percent, and 56 percent, respectively.

"Hypothermia initiated at six to 24 hours after birth may have benefit but there is uncertainty in its effectiveness," conclude the authors.