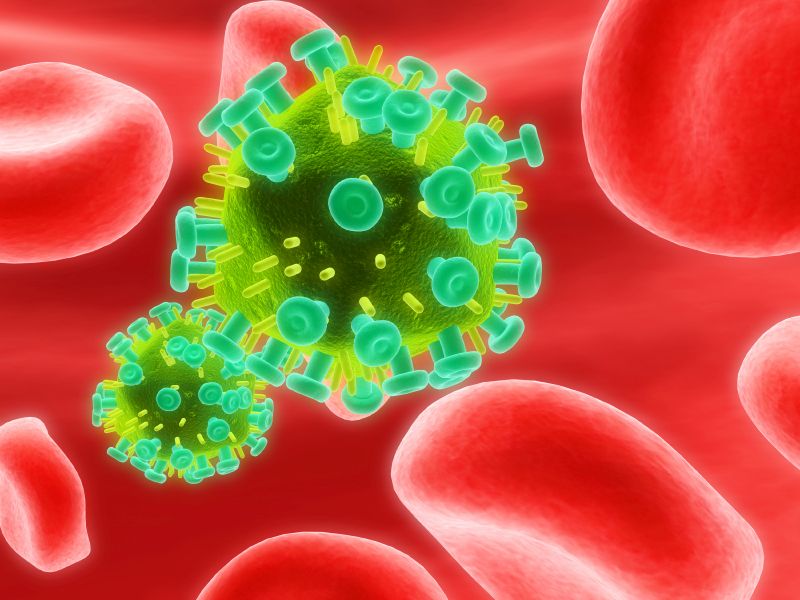 Anjie Zhen, Ph.D., from the David Geffen School of Medicine at the University of California, Los Angeles, and colleagues reported the use of a protective CD4 CAR (C46CD4CAR) to redirect HSPC-derived T-cells against simian/human immunodeficiency virus (SHIV) infection in pigtail macaques.

The researchers found that CAR-containing cells persisted for more than two years with no measurable toxicity; they were capable of multilineage engraftment. Lower viral rebound was seen in CAR animals relative to controls with combination antiretroviral therapy (cART) treatment followed by cART withdrawal, with demonstration of an immune memory-like response. CAR-expressing cells were detected in multiple lymphoid tissues, and there were reduced tissue-associated SHIV RNA levels and higher CD4/CD8 ratios in the gut relative to controls.

"These results show that HSPC-derived CAR T-cells are capable of long-term engraftment and immune surveillance," the authors write. "This study demonstrates for the first time the safety and feasibility of HSPC-based CAR therapy in a large animal preclinical model."