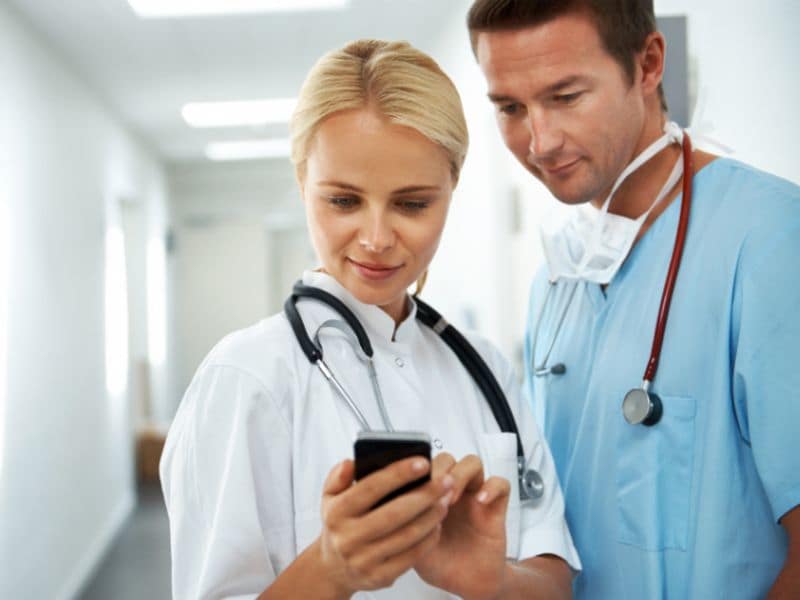 FRIDAY, Sept. 28, 2018 (HealthDay News) -- A device inspired by the Star Trek famous tricorder device pairs a handheld sensor with a smartphone app to measure the levels of various metabolites associated with multiple diseases in fluid samples from patients, according to a report published in an upcoming issue of Biosensors and Bioelectronics.

Samadhan B. Patil, Ph.D., from the University of Glasgow in the United Kingdom, and colleagues reported the development of a handheld device based on complementary metal oxide semiconductor technology.

The researchers note that the device includes multiple isolated micro-well reaction zones and integrated optical sensing allowing simultaneous enzyme-based assays of multiple metabolites associated with diseases. The metabolites (choline, xanthine, sarcosine, and cholesterol) are measured in clinically relevant concentration ranges. The device is linked to an Android-based user interface; within two minutes of applying samples to the device, metabolites in serum and urine are quantified. By comparison to accredited tests for cholesterol and glucose, the quantitative performance was validated.

"We have been able to detect and measure multiple metabolites associated with myocardial infarction, or heart attack, and prostate cancer simultaneously using this device," Patil said in a statement. "This device has potential to track progression of the disease in its early phase and is ideally suited for the subsequent prognosis."