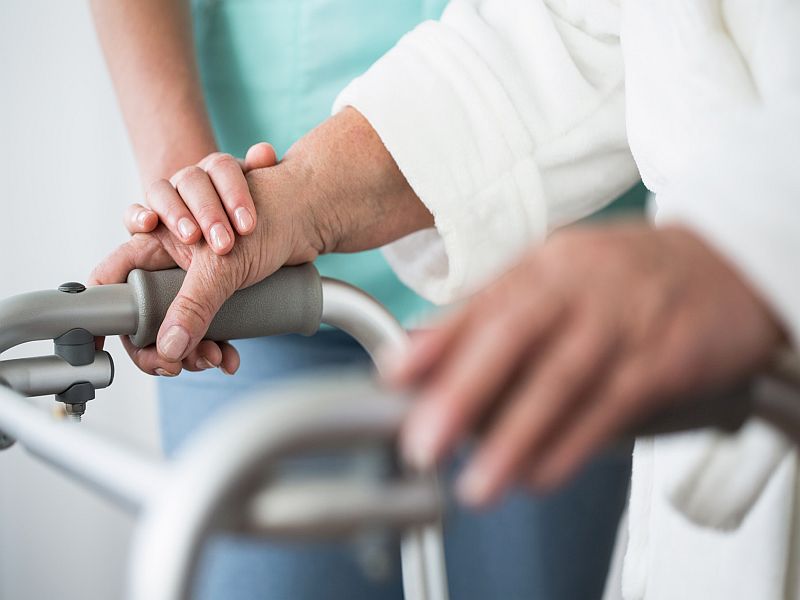 WEDNESDAY, Aug. 16, 2017 (HealthDay News) -- The geriatric trauma outcome score II (GTOS II) prognostic calculator can estimate the probability of unfavorable discharge in injured elders, according to a study published online Aug. 14 in the Journal of the American Geriatrics Society.

Allyson C. Cook, M.D., from Parkland Memorial Hospital in Dallas, and colleagues conducted a retrospective cohort study involving trauma admissions aged 65 to 102 years surviving to discharge from 2000 to 2013. The authors created and validated the GTOS-II prognostic calculator, which estimated the probability of unfavorable discharge in a final dataset of 16,114 subjects.

The researchers found that 15.4 percent of the final dataset had unfavorable discharge. The cohort was divided into training and testing samples (each 8,057 individuals), which had similar demographics. Based on the training sample, the formula was GTOS II = Age + [0.71 × injury severity score] + 8.79 [if transfused by 24 hours]. For the training sample, the misclassification rate and area under the curve were 15.63 percent and 0.67, respectively, compared with 15.85 percent and 0.67, respectively, for the testing sample.

"GTOS II estimates the probability of unfavorable discharge in injured elders with moderate accuracy," the authors write. "With the GTOS mortality calculator, it can help in goal setting conversations after geriatric injury."