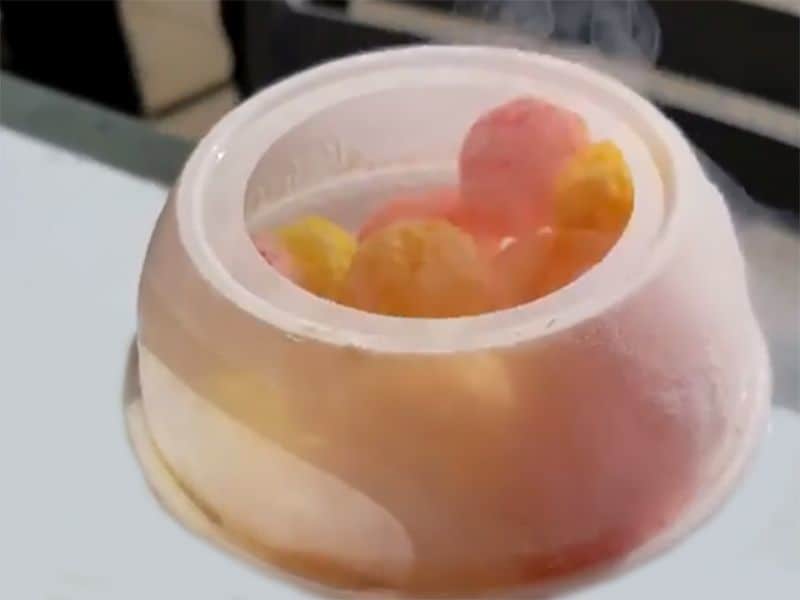 FDA Warns of Dangers of Liquid Nitrogen in Food, Drinks

FRIDAY, Aug. 31, 2018 (HealthDay News) -- Consuming or handling food and drink products where liquid nitrogen is added just before consumption can lead to serious injury, according to the U.S. Food and Drug Administration.

These products -- which have names such as "Dragon's Breath," "Heaven's Breath" and "nitro puff" -- are available in food courts, kiosks, state or local fairs, and other places where food and drinks are sold. Examples of such products include liquid nitrogen-infused colorful cereal or cheese puffs that emit a misty or smoke-like vapor, and alcoholic and non-alcoholic drinks prepared with liquid nitrogen that emit a fog.

Liquid nitrogen isn't toxic, but its extremely low temperature can cause severe damage to skin and internal organs if mishandled or consumed, the FDA said in a news release. Inhaling the vapor released by liquid nitrogen in food or drinks can also cause breathing problems, especially among people with asthma.

"The main issue is that liquid nitrogen must be fully evaporated from food or beverage before it is served. In liquid form, it can cause burns to the mouth, esophagus, and upper airway, leading to perforation or rupture of the organs -- which could be deadly. It may also cause burns of the fingers or hands when it is handled in the liquid state," Robert Glatter, M.D., an emergency medicine physician at Lenox Hill Hospital in New York City, told HealthDay. "With state fairs upon us, parents and teens need to understand the potential risks of foods such as nitro popcorn and nitrogen-infused cereals, which promise excitement and thrill but may end with a trip to the emergency department."