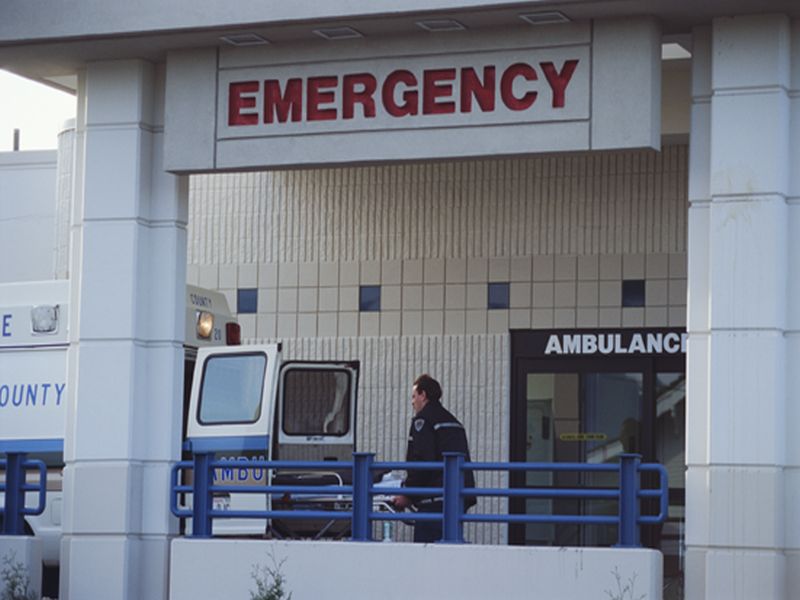 FRIDAY, Oct. 27, 2017 (HealthDay News) -- Emergency departments are increasingly a major source of medical care in the United States, according to a study published online Oct. 17 in the International Journal of Health Services.

David Marcozzi, M.D., from the University of Maryland in Baltimore, and colleagues compared the contribution of emergency departments to the health care received by Americans from 1996 to 2010 with the contribution of outpatient and inpatient services. Data from the National Ambulatory Medical Care Survey and National Hospital Discharge Survey databases were utilized.

The researchers found that emergency departments contributed an average of 47.7 percent of the medical care delivered in the United States and that this percentage increased steadily over the 14-year study period. Patients treated in EDs were significantly younger than those treated as inpatients or outpatients, but there was a similar gender distribution. Black patients were significantly more likely than those in other racial groups to have ED visits, and those in the South were more likely to have ED visits than were those in other regions.

"Including emergency care within health reform and population health efforts would prove valuable to supporting the health of the nation," conclude the authors.