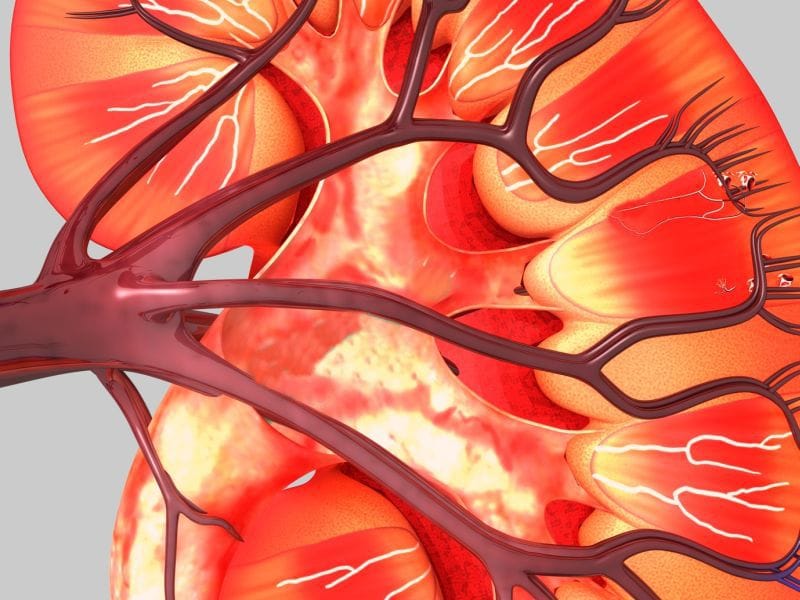 Noting that as part of the "brain-sparing phenomenon," blood flow is redirected toward the growing brain in fetuses with CHD, which may result in impaired fetal growth, Gemma B. Scholes, from the University of Melbourne in Australia, and colleagues examined kidney growth using preoperative ultrasound measurements of kidney length from 452 neonates requiring surgery for CHD.

The researchers found that neonates with CHD had significantly enlarged kidneys as a cohort; depending on which of three normal population datasets was used for comparison, the mean percentile ranged from 54.1 to 72.7. Neonates with left heart obstruction consistently had kidneys that were greater than normal; in contrast, those with cyanotic heart disease had normal or enlarged kidneys depending on the reference population used.

"The kidneys of newborns with CHD are not reduced in size, and on average are larger than normal," the authors write. "The nature of this size discrepancy and its subsequent clinical significance is unknown."