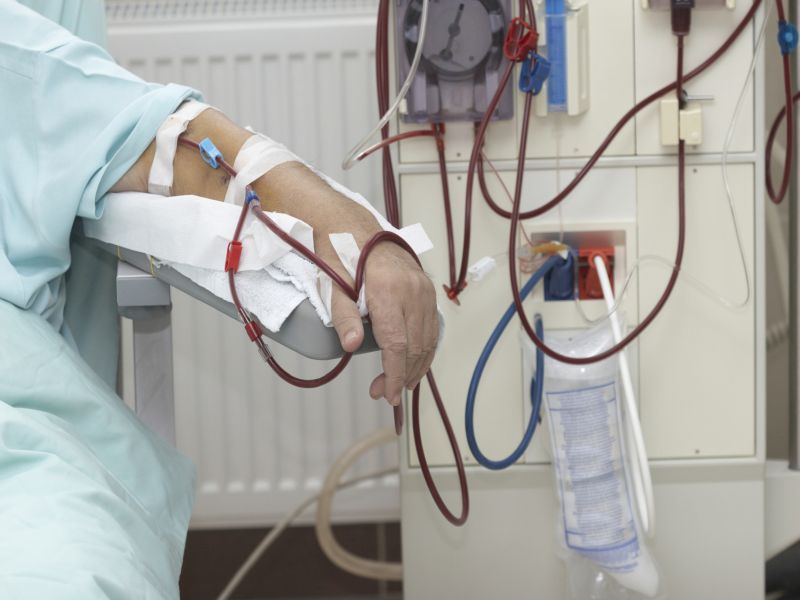 FRIDAY, Sept. 29, 2017 (HealthDay News) -- Nearly a quarter of hospital admissions among patients with end-stage renal disease (ESRD) on hemodialysis (HD) have a subsequent 30-day unplanned readmission, according to a study published online Sept. 28 in the Clinical Journal of the American Society of Nephrology.

Lili Chan, M.D., from the Icahn School of Medicine at Mount Sinai in New York City, and colleagues used 2013 data from the Nationwide Readmission Database to identify index admissions and readmission in patients with ESRD on HD.

The researchers found that in 2013 there were 87,302 index admissions with at least one 30-day unplanned readmission. Acute myocardial infarction had the highest readmission rate (25 percent), while the lowest readmission rate was for hypertension (20 percent). In 80 percent of admissions, the primary reasons for initial hospitalization and subsequent 30-day readmission were discordant. Comorbidities associated with readmission included depression, drug abuse, and discharge against medical advice. A group of high utilizers (2 percent of the population) were responsible for 20 percent of all readmissions.

"Most readmissions were for primary diagnoses that were different from initial hospitalization. A small proportion of patients accounted for a disproportionate number of readmissions," conclude the authors.