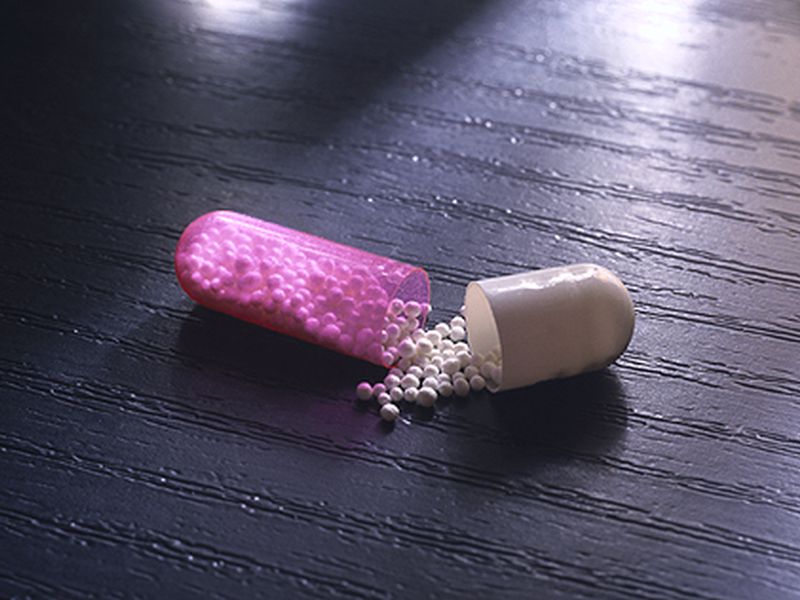 WEDNESDAY, Dec. 20, 2017 (HealthDay News) -- Once-daily capsules containing a combination of minoxidil and spironolactone appear to be safe and effective for the treatment of female pattern hair loss (PHL), according to a case-series study published online Dec. 12 in the International Journal of Dermatology.

Rodney D. Sinclair, M.B.B.S., M.D., from Epworth Hospital in East Melbourne, Australia, presents a case series of 100 women with PHL treated with once-daily minoxidil 0.25 mg and spironolactone 25 mg. Shedding and hair density were scored before and after 12 months of treatment.

"Most women noticed a reduction in hair shedding at three months and an increase in hair density at six months," Sinclair writes. "Placebo-controlled studies to investigate this further are warranted."