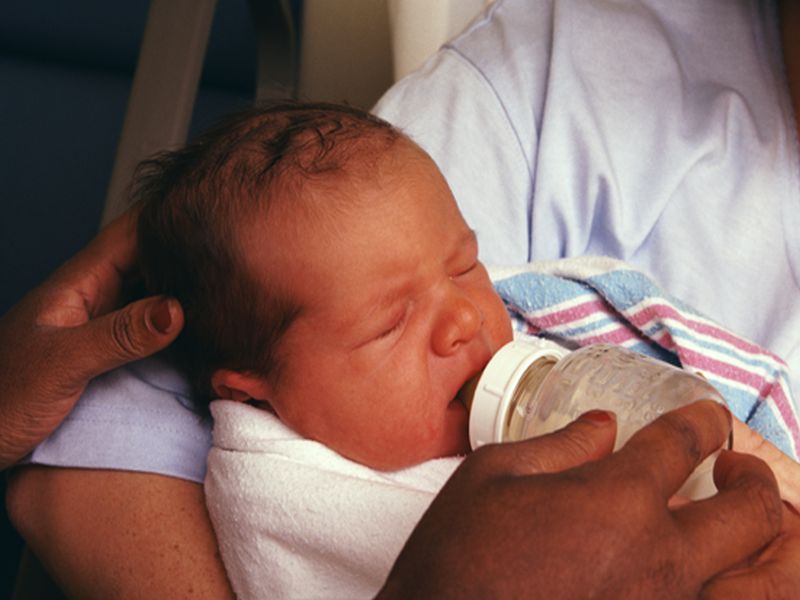 Drop in Proportion of Neonates With Long IV Therapy for UTI

FRIDAY, Nov. 3, 2017 (HealthDay News) -- From 2005 to 2015 there was a decrease in the proportion of infants aged ≤60 days with a urinary tract infection (UTI) who received four or more days of intravenous (IV) antibiotics, according to a study published online Nov. 2 in Pediatrics.

William W. Lewis-de los Angeles, M.D., from Ann & Robert H. Lurie Children's Hospital of Chicago, and colleagues analyzed data from the Pediatric Health Information System database from 2005 through 2015 for infants aged ≤60 days old diagnosed with a UTI who were admitted to a children's hospital and received IV antibiotics.

The researchers found that from 2005 to 2015 there was a decrease in the proportion of infants ≤60 days old receiving four or more days of IV antibiotics (long IV treatment) from 50 to 19 percent. There was variation in the proportion of infants aged ≤60 days receiving long IV treatment at 46 children's hospitals from 3 to 59 percent; this was not associated with readmission (correlation coefficient, 0.13; P = 0.37). Readmission for a UTI was associated with younger age and female sex in multivariable analysis but not with duration of IV antibiotic therapy (adjusted odds ratio for long IV treatment, 0.93; 95 percent confidence interval, 0.52 to 1.67)

One author disclosed ties to Merck.