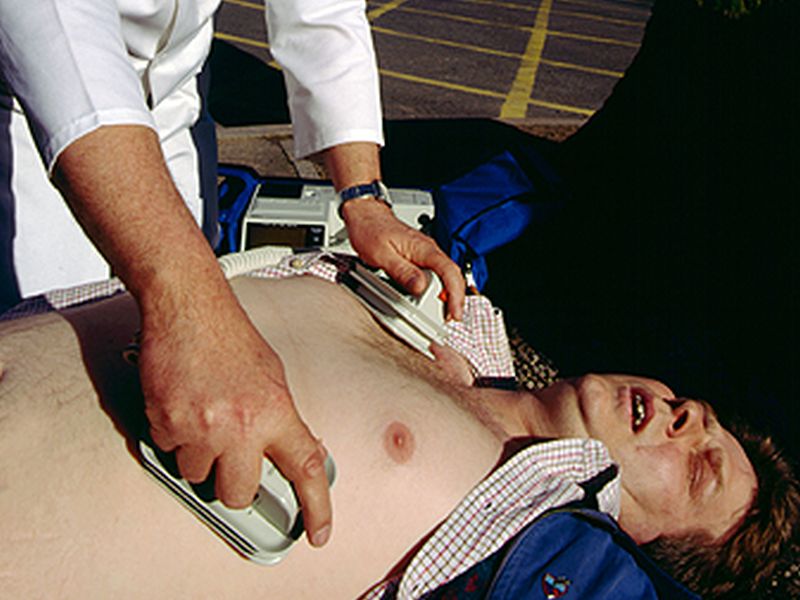 THURSDAY, Aug. 31, 2017 (HealthDay News) -- In cases of cardiac arrest, the racial make-up of the neighborhood may determine the likelihood of receiving cardiopulmonary resuscitation (CPR) from a passer-by or having access to a public defibrillator, according to a study published online Aug. 30 in JAMA Cardiology.

Researchers analyzed cardiac arrest data from seven U.S. cities: Birmingham, Ala.; Dallas-Fort Worth; Pittsburgh; Portland, Ore.; Seattle, and Milwaukee. Using U.S. Census data, the study authors also examined the demographic information of neighborhoods within these cities. The team identified 22,816 cases in which cardiac arrest occurred outside of a hospital during a four-year period, starting in 2008. Overall, 39.5 percent of those who experienced cardiac arrest outside of the hospital received bystander CPR.