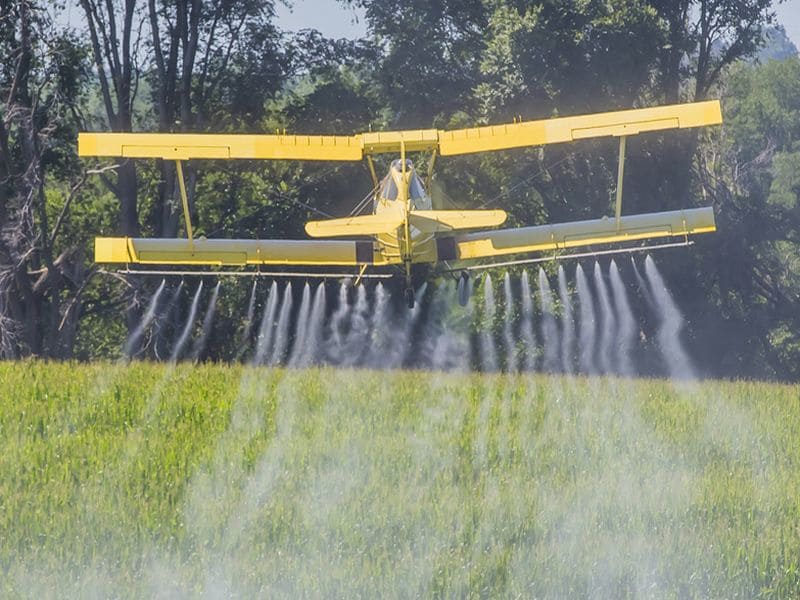 Court Rules That U.S. Must Halt Sales of Pesticide Chlorpyrifos

The 9th U.S. Circuit Court of Appeals in San Francisco said the Trump administration put public health at risk by reversing an Obama administration decision to ban the pesticide, which was created by Dow Chemical and is widely used on citrus fruits, apples, and other crops, the Associated Press reported. Even tiny levels of exposure to chlorpyrifos can damage infants' brains, research shows.

Last year, a coalition of farmworkers and environmental groups launched a legal challenge after then-EPA chief Scott Pruitt scrapped plans to ban chlorpyrifos. The attorneys general for California, New York, Massachusetts, and a number of other states joined the case against EPA, the AP reported. In the split decision yesterday, the court said Pruitt violated federal law by ignoring the conclusions of EPA scientists that chlorpyrifos is a health threat.

"Some things are too sacred to play politics with, and our kids top the list," said Erik Olson, senior director of health and food at the Natural Resources Defense Council, the AP reported. "The court has made it clear that children's health must come before powerful polluters. This is a victory for parents everywhere who want to feed their kids fruits and veggies without fear it's harming their brains or poisoning communities."

The EPA is reviewing the court ruling, spokesman Michael Abboud said. It could appeal the decision to the Supreme Court, the AP reported.