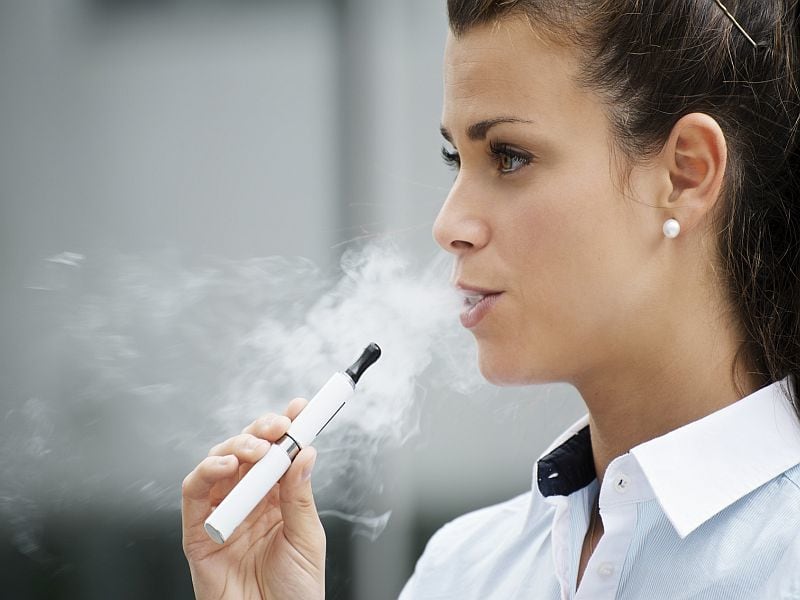 WEDNESDAY, Aug. 29, 2018 (HealthDay News) -- Chronic vaping exerts biological effects on the lung, some of which may be mediated by the propylene glycol/vegetable glycerin (PG/VG) base, according to a study published in the July 1 issue of the American Journal of Respiratory and Critical Care Medicine.

Arunava Ghosh, Ph.D., from the University of North Carolina at Chapel Hill, and colleagues examined the effects of chronic vaping on pulmonary epithelia. Research bronchoscopies were performed on healthy nonsmokers, cigarette smokers, and electronic-cigarette users (vapers), and bronchial brush biopsies and lavage samples were obtained. To support the human findings, in vitro and murine exposure models were employed.

"These changes are likely not harmless and may have clinical implications for the development of chronic lung disease," the authors write. "Further studies will be required to determine the full extent of vaping on the lung."