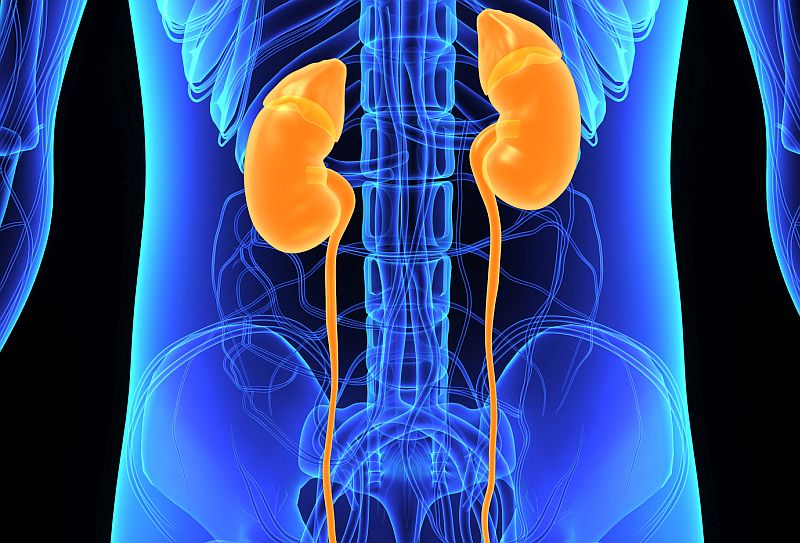 FRIDAY, Feb. 9, 2018 (HealthDay News) -- For patients with metastatic renal cell carcinoma (mRCC), atezolizumab plus bevacizumab is associated with a progression-free survival benefit versus sunitinib, according to a study presented at the American Society of Clinical Oncology's annual Genitourinary Cancers Symposium, held from Feb. 8 to 10 in San Francisco.

Robert J. Motzer, M.D., from the Memorial Sloan Kettering Cancer Center in New York City, and colleagues described the first randomized phase III trial of a programmed death-ligand 1 (PD-L1)/programmed death-1 pathway inhibitor (atezolizumab) plus an anti-vascular endothelial growth factor agent (bevacizumab) for mRCC. Since 2015, a total of 915 treatment-naive patients were randomized to receive atezolizumab plus bevacizumab or sunitinib. Patients were followed for survival for a median of 15 months.

The researchers found that the hazard ratio for progression-free survival was 0.74 and 0.83 for atezolizimab plus bevacizumab versus sunitinib in PD-L1+ patients and intention-to-treat patients, respectively. At first interim analysis, overall survival was immature. The benefit in progression-free survival was consistent across analyzed subgroups. Overall, 40 and 54 percent of patients treated with atezolizumab plus bevacizumab and sunitinib had grade 3 to 4 adverse events; 12 and 8 percent of treatment-related adverse events of all grades led to discontinuation, respectively.

"The side effects of atezolizumab plus bevacizumab were decidedly less harsh than sunitinib. And because progression-free survival was also better, I am confident that this relatively easy-to-administer combination will be a strong treatment choice in all medical practices," Motzer said in a statement.

This study was funded by F. Hoffmann-La Roche.