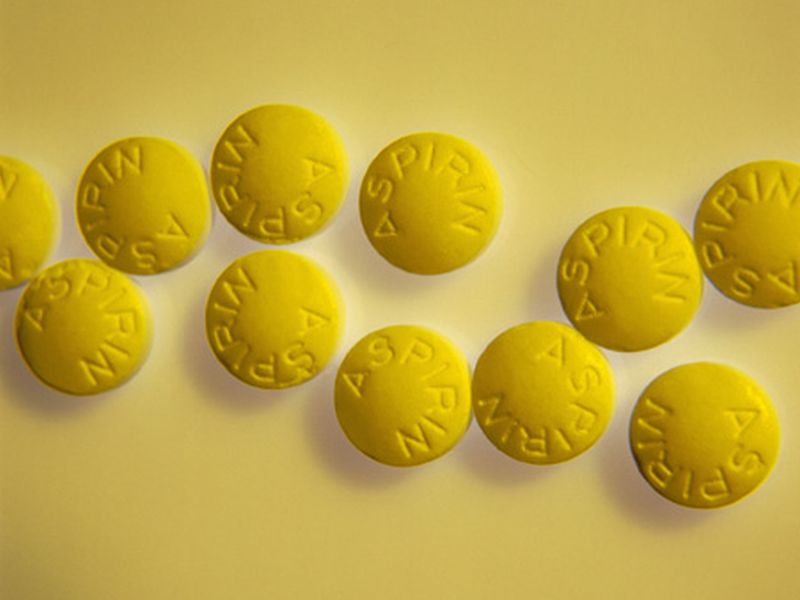 WEDNESDAY, Feb. 21, 2018 (HealthDay News) -- For patients who have undergone total hip or knee arthroplasty, extended prophylaxis with aspirin does not differ significantly from rivaroxaban for venous thromboembolism prevention, according to a study published in the Feb. 21 issue of the New England Journal of Medicine.

David R. Anderson, M.D., from Dalhousie University in Halifax, Canada, and colleagues conducted a multicenter randomized trial involving patients who were undergoing total hip (1,804 patients) or knee (1,620 patients) arthroplasty. All patients received oral rivaroxaban until postoperative day 5 and were then randomized to continue rivaroxaban or switch to aspirin for nine or 30 days after total knee or total hip arthroplasty, respectively. Patients were followed for 90 days.

"Extended prophylaxis with aspirin was not significantly different from rivaroxaban in the prevention of symptomatic venous thromboembolism," the authors write.