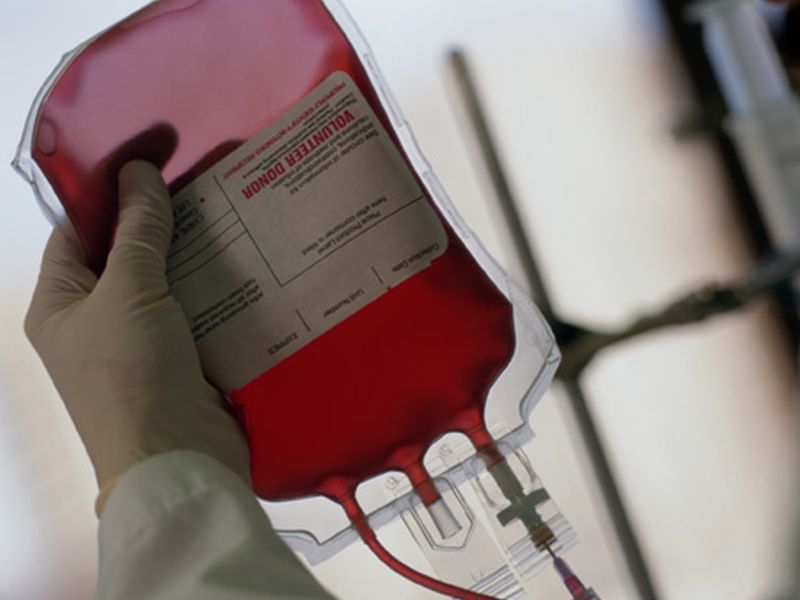 MONDAY, Nov. 13, 2017 (HealthDay News) -- A restrictive threshold for red-cell transfusion is noninferior to a liberal threshold for patients undergoing cardiac surgery with moderate to high risk of death, according to a study published online Nov. 12 in the New England Journal of Medicine to coincide with the American Heart Association's Scientific Sessions, being held Nov. 11 to 15 in Anaheim, California.

C. David Mazer, M.D., from the Keenan Research Centre for Biomedical Science and Li Ka Shing Knowledge Institute of St. Michael's Hospital in Canada, and colleagues conducted a multicenter noninferiority trial involving 5,243 adults undergoing cardiac surgery who had a European System for Cardiac Operative Risk Evaluation score of 6 or higher. Participants were randomized to a restrictive red-cell transfusion threshold or a liberal red-cell transfusion threshold. The primary outcome was death from any cause, myocardial infarction, stroke, or new-onset renal failure with dialysis by either day 28 or hospital discharge, whichever was first.

"A restrictive strategy regarding red-cell transfusion was noninferior to a liberal strategy with respect to the composite outcome of death from any cause, myocardial infarction, stroke, or new-onset renal failure with dialysis, with less blood transfused," the authors write.