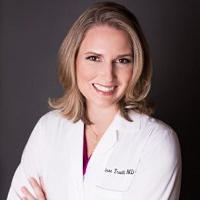 Speaks about :
Mohs Micrographic Surgery, Surgical Excision, Laser Treatment of Scars, Blood Vessels, Sun Damage, Botox, Dermabrasion, Cryosurgery, Skin Flaps Grafts, Scar Revision, Liquid Nitrogen
Biography :
Dr. Anne Truitt is a physician who is a Board Certified Specialist in Dermatology and a fellowship-trained Mohs Micrographic Surgeon. She has special expertise in the diagnosis and treatment of skin cancers to include melanoma, non-melanoma skin cancer, and other types of skin growth. Dr. Truitt provides expert surgical treatment, when required, using a wide range of surgical techniques. She attended the United States Air Force Academy, graduating in 1993 with a BS in biology and a minor in French.

She received her Doctor of Medicine Degree from George Washington University in 2002. She then completed 3 years of a General Surgical Categorical residency at Brown University/Rhode Island Hospital. From 2005 to 2006, she completed a Cutaneous Oncology Fellowship at the University of California, San Francisco. She then completed a Dermatology residency and an additional year of dermatologic research graduating in 2010 from the University of California, Irvine. After their Dermatology residency, she completed a Mohs Micrographic Surgery Fellowship at St. John’s Institute of Dermatology, London, the UK in 2011.
EmedEvents
EmedEvent EmedEvent 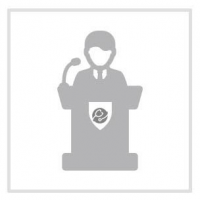 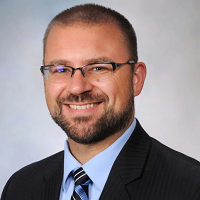 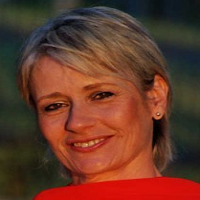 Speaks about :
Periodontics and Periodontology, Dental Medicine, Orthodontics, Dentistry, Internal Medicine
Biography :
Prof. Ayala Stabholz is an associate professor at the Department of Periodontology at the Hebrew University-Hadassah Faculty of Dental Medicine founded by the Alpha Omega Fraternity. She graduated from the Hebrew University-Hadassah Faculty of Dental Medicine in 1980 and completed the graduate program in Periodontics in 1985 at the same institution. At present, she is the director of undergraduate training in periodontics as well as an instructor in the graduate program in Periodontology. She is the official delegate of the Israeli Periodontal Society to the European Federation of Periodontology and a member of the scientific committee of the Israeli Dental Association.

Prof. Stabholz is the past president of the Israeli Periodontal Society and a member of professional committees, boards and dental organizations. She has published extensively and has been lecturing as an invited speaker at national and international dental meetings. Her current research is focused on the application of lasers in the treatment of periodontitis and peri-implantitis as well as on the inter relationship between orthodontics and periodontics.
EmedEvents
EmedEvent EmedEvent 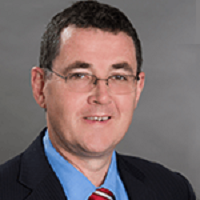 Speaks about :
Health Policy, Healthcare Economics, Clinical Nursing Research, Nursing Research, Nursing, Nursing Theory, Health Services Research, Nursing Leadership
Biography :
David Benton took up his current post as Chief Executive Officer of the National Council of State Boards of Nursing in the United States on the 1st of October 2015. For the previous 10 years, he worked at the International Council of Nurses in Geneva, Switzerland, first as their consultant on nursing and health policy specializing in regulation, licensing, and education; and then as chief executive officer.

Dr. Benton has held senior roles for 25 years across a range of organizations. These roles have included working as Executive Director of Nursing at a Health Authority in London, as a senior civil servant in Northern and Yorkshire Region, as Chief Executive of a Nurse Regulatory body in Scotland, and as Nurse Director of a University Trust Health System.

Dr. Benton is the recipient of several awards and honors. He is particularly proud of being awarded the inaugural Nursing Standard Leadership award in 1993. He was presented with Fellowship of the Florence Nightingale Foundation in 2001, awarded Fellowship of the Royal College of Nursing in 2003 for his contribution to health and nursing policy, and most recently became a Fellow of the American Academy of Nursing in 2015. 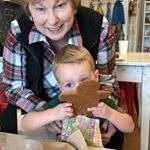