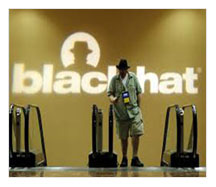 What does hacking conferences have in common with Medicine?

Black hat and Defcon are not the type of conferences that most physicians are usually aware of or get involved with. Barnaby Jack, a celebrated researcher and hacker who was famous for making ATM's spit out cash has died in San Fransisco on Thursday August, 25. If you are wondering why we at MDconferencefinder, who typically cover medical conferences are posting about a hacker, it's due to his involvement with the medical devices and exposing their flaws.

The FDA approved the use of fully wireless devices in 2006 and the use of pacemakers and defibrillators has imploded since then with nearly 500,000 devices implanted that year alone.

Jack was involved in exposing a security flaw with Medtronic insulin device, where it can dispense fatal doses of insulin from as far as 300 feet away. This has forced Medtronic to investigate the security flaws in it's devices as the focus has shifted to keeping patients safe.

Jack was scheduled to deliver a presentation: "Implantable medical devices: hacking humans, at the Black hat USA 2013 conference detailing about the security vulnerabilities of wireless implantable defibrillators and pacemakers. After his death, the organizer's have announced that they will not be replacing his talk, instead that hour be left vacant to commemorate his life and achievements. These are exciting times in the field of wearable devices as rumors about Apple's imminent entry into the field. We mourn the loss of this celebrated young researcher and hacker.