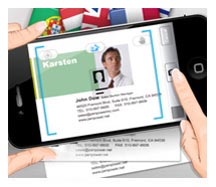 Medial conferences are not only a regular feature in the academic, social life of medical professionals but also an opportunity to meet peers and grow your network. While making new contacts is certainly an excellent opportunity to grow your network, handling the overwhelming number of new contacts and business cards can be quite a daunting task. However, technology can help you organize your contacts and become more efficient in networking. One of the easiest methods to organize your contacts is through your smartphone. Here are some of the leading networking apps that you can leverage for this purpose. 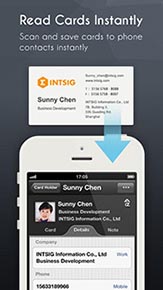 CamCard is a very useful and free networking app that allows you to store and organize your contacts in an innovative manner. The app allows you to integrate photographs, videos and audios on every business card that you upload into the app. The app is available on all popular mobile operating systems including, iOS, Android and Windows 8. The app is one of the most popular networking tools and has received accolades from several popular news agencies including BBC and CBS. 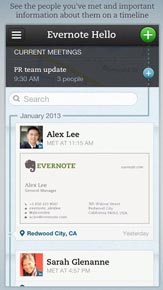 Evernote Hello, owned by Evernote Corporation is one of the best networking apps available as of this day. The app is available for free in both iOS as well as Android operated phones. The app is an extension of the popular cloud based service Evernote. The app allows you to schedule meetings, update contacts of every person you meet, adds activities, history, notes, pictures and faces of your contact. In addition to this, you can also instantly find and connect with your contacts on Social networks such as LinkedIn and Facebook making it a highly useful app when it comes to organizing and also networking as a whole. 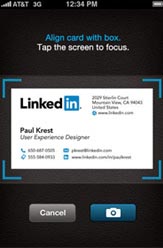 CardMunch is LinkedIn's free native mobile application for business cards. The professional networking giant's mobile application is an excellent tool not only to organize your contacts but the app also cross verifies the business card data with LinkedIn's database automatically to find the right person if you wanted to connect with them. However, the app doesn't allow scanning double sided business cards. The app also requires internet connectivity to function as it does not utilize OCR technology to scan business cards. In addition to this, the app is also only available to iOS users compelling us to move it down in our list. 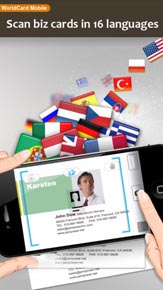 World Card Mobile is another useful networking app that is available for iOS as well as Android users. The app costs $2.99 and includes excellent features such as card reader, card scanner and many more. The app can identify multiple types of information directly from a scan and you can also edit the contents manually to rectify any errors that may have occurred when scanning the business card. However, the scanning features works best only with iOS 5 and above 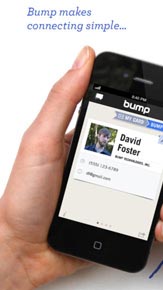 Bump is an interesting smartphone app that allows you to share your contact information with other bump enabled devices through email or a simple bump. The app is available for free in Android and iOS app stores and has been bought recently by Google after it failed to raise sufficient revenue despite being one of the most trending apps on Google Play.