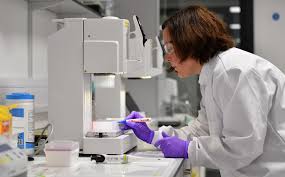 The Coronavirus Shows no Signs of Slowing Down

The number of coronavirus cases in the U.S. continued to surge over the weekend, as nearly 39,000 new cases were reported on Sunday. This comes just two days after a record high in cases were reported nation-wide on Friday, with over 45,000 new infections. World-wide there are over 10 million reported COVID-19 infections, and over half a million deaths, with the U.S. accounting for over a quarter of each. Confirmed cases are raising rapidly in 22 states, with Florida being proclaimed by many disease and health experts as the new “epicenter” for the outbreak.

Texas is another state that has seen their infection rate increase substantially. Texas is currently in the middle of a streak of having over 5,000 new cases reported for six straight days, with 5,357 cases reported on Sunday. In an effort to slow down the spread of the disease in the lone-star state, Governor Greg Abbott ordered bars and other eating establishments be closed indefinitely. Florida has also closed their bars, due to disease experts claiming that indoor dinning is particularly effective in helping spread the virus.

When talking about the virus outside of the U.S., India is seeing a large increase in COVID-19 infections. Experiencing over 19,000 new cases on Monday, brought the country total to nearly 550,000, making it the fourth most infected country in the world behind only the U.S., Brazil, and Russia.

Iran reported their highest ever daily death total from coronavirus complications, on Monday, seeing 163 fatalities. Iran as a whole is the worst hit country in the Middle East, with a total of 225,205 cases and over 10,000 deaths. Iran is currently in the midst of a disturbing trend seeing 100 deaths daily for the past 10 days.

Government officials in Latin America are claiming that their countries are being “pushed to the limit”, due to the worldwide pandemic. Brazil, who has been heavily criticized for their lack of COVID-19 regulations, now has the second most infections of any country in the world. Even countries such as Peru, that implemented early isolation measures, have seen a surge in infections, with Peru being just behind Italy in total number of cases. With many countries in Latin America forced to see their citizens choose between dying of hunger or dying from the disease, many governments are easing COVID-19 lockdown restrictions.